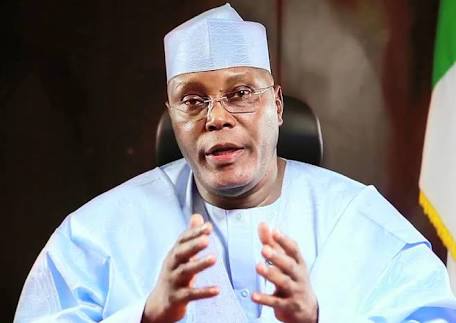 Presidential Candidate of Peoples Democratic Party (PDP) former Vice President, Atiku Abubakar, is set to commence the start of his presidential campaign as planned tomorrow contrary to speculations that he is on transit to the United States.

Atiku’s media aide, Paul Ibe, who dismissed the speculation, told LEADERSHIP Sunday that the presidential candidate had travelled to the United Kingdom for a private visit immediately after the inauguration of the PDP campaign council on Thursday.

He however added that the former Vice President returned to the country yesterday.

While the PDP campaign train starts off on Monday in Sokoto State, report had emerged that Atiku had left the country for the UK on transit to the US. This is also as other reports said member of his family confirmed that the former Vice President has been issued a US Visa.

But reaction to the reports and insinuations, Ibe said “His Excellency embarked on a private visit to the United Kingdom shortly after the inauguration of the presidential campaign council in Abuja. He has since returned back. I think that addresses the issue.”

When pressed for more clarification he added, “I just left him at his residence. He moved immediately to the Airport from the venue of the inauguration on Thursday and then came back today (yesterday).

However, efforts made by MERIDIAN SPY to hear from an inside: a member of the Atiku Abubarka campaign organization on phone proved abortive as the member in question declined making comments to this effect.