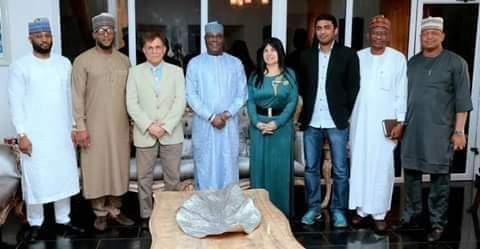 The Peoples Democratic Party (PDP) has hired a top US lobbyist for its Presidential candidate, Mr Atiku Abubakar ahead of the 2019 Presidential elections.

Privy information made available to MERIDIAN SPY has it that Brian Ballard, a top US lobbyist, has been hired by the PDP ahead of the 2019 elections.

Ballard, is a very influential lobbyist in the United States; who reportedly has President Donald Trump as one of his clients.

Politico Magazine, a top publication in the US, says Ballard is closer to the US president than perhaps any other lobbyist in the country.

To seal up the deal, Mr Atiku has disbursed the sum of N400m for Ballard and his team.

A time frame of November 2018 and January 2019 has been agreed on by both parties for the deal to sealed up completely.

Hence, all things being equal, Mr Atiku would be granted visa to the US any time soon in order to score political points against the ruling party, APC, that has accused him of being banned from America on some corruption allegations.

The Director-General of the Atiku campaign organization, Mr Gbenga Daniel had said on Monday that there were signals from the US – calling his principal to come over for visa.