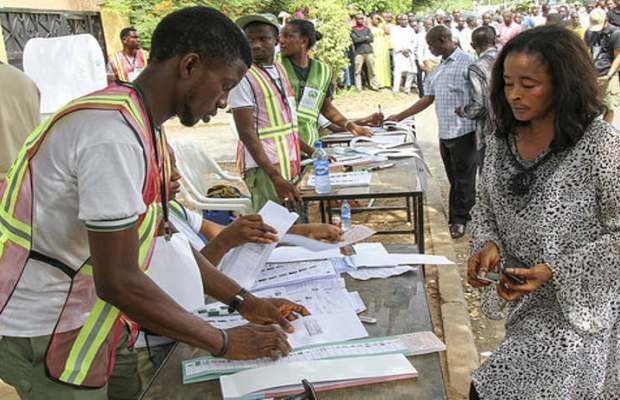 Both the All Progressive Congress, APC,  and the Peoples Democratic Party, PDP,  are currently  making  last-minute expedient move to hijack voting process in the forth coming general elections in Edo State, MERIDIAN SPY has reliably learnt.

A field investigation carried out on Wednesday by MERIDIAN SPY secret correspondents in Benin, revealed how  both parties are battling side-by-side to get some slots for the Independent National Electoral Commission adhoc staff job in most of the Training Centers in the State.

All Progressive Congress (APC) and the Peoples Democratic Party (PDP) had their  agents seen going about in three major Training Centers in Benin metropolis issuing special forms, where personnal information of those who had agreed to work for their parties as INEC adhoc staff in the general elections were captured. The forms were issued ward by ward as there were different party agents contracted by both parties to do the job on their behalf in each ward in the 18 Local Government Areas of the State.

All interested persons at the Training Centers who had agreed to the terms and conditions of the deal were seen filling the forms with a copy of their passport photograph attached on them.  This Newspaper reliably gathered that most trainees who were on ground at various centers, indicated interest for the job, but some were turned down on the suspicion that they may not be loyal to do the biddings of the parties.

The idea, we gathered, revolves around the need to have  some party loyalists whose names would be included as part of the adhoc staff at different polling units in the State. They’re , however, expected to hold a clandestine meeting for proper briefing on what they are expected to do for the party at their various polling units.