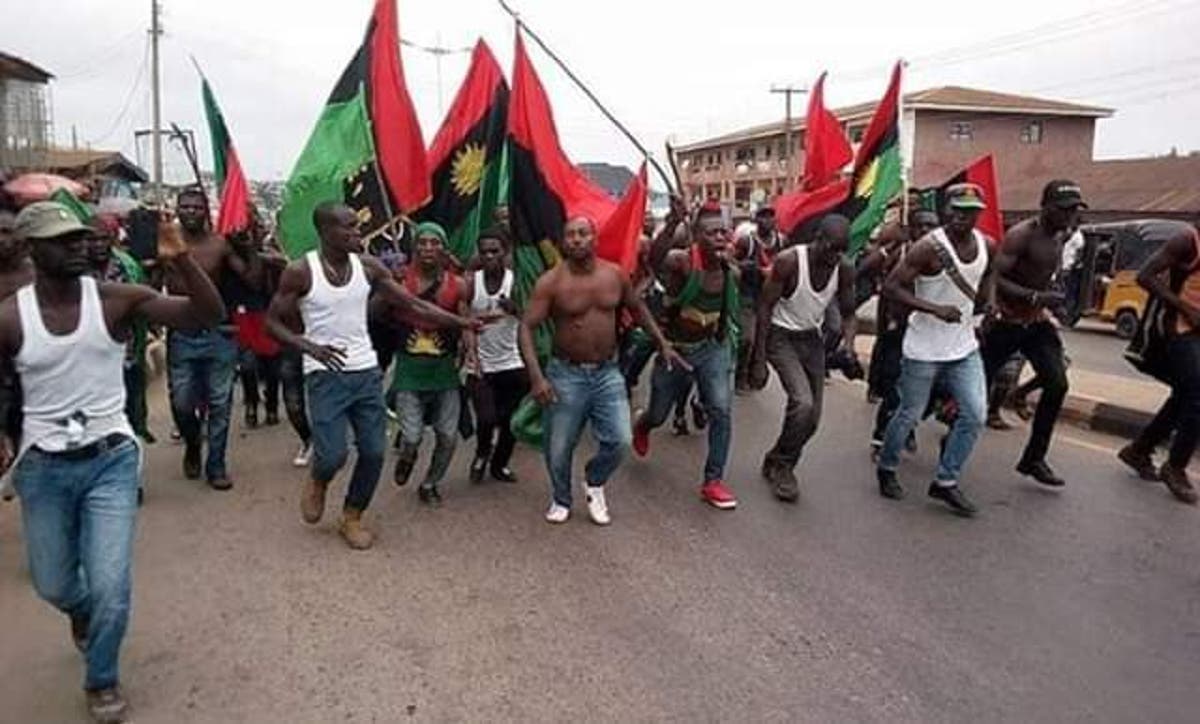 Femi Fani-Kayode, a former minister of aviation, has reacted to the clash between members of the proscribed Indigenous People of Biafra (IPOB) and security operatives in Enugu State.

Some members of the pro-Biafra group were said to be holding a meeting in a building at Emene in Enugu on Sunday when security operatives stormed the venue to disperse the IPOB members.

Following reported resistance by the IPOB members, the security operatives resorted to lethal force leading to a violent clash and resulting casualties from both sides.

A witness had told The Cable “many people” were feared killed with their bodies reportedly taken away by the security operatives.

Peter Afunanya, Spokesperson of the Department of State Security (DSS), said two of its operatives died in an “unprovoked attack” launched on the service patrol team by IPOB members.

“The Service lost two personnel in what was clearly an unprovoked violent attack launched by IPOB on the team. The Service hereby condoles with families of the departed officers and also prays for the repose of their souls,” Afunanya said in a statement on Sunday.

However, reacting to the incidence in a series of tweets on Monday, Fani-Kayode condemned what he described as “the slaughter of young IPOB members” in Enugu by the Federal Government, adding that butchering unarmed young people because of a meeting does not help the situation but strengthens their cause.

He called on President Muhammadu Buhari-led administration “to be more tolerant, accommodating and restrained”, while also advising the government to enter into negotiations with the proscribed group before “it is too late”.

“I deplore and condemn the slaughter of young IPOB members in Enugu yesterday by the FG-controlled security forces. Butchering innocent and defenceless young people who were not carrying arms simply because they were having a meeting does not make sense and does not help matters,” said the former aviation minister.

“Rather it strengthens their cause, hardens their hearts, emboldens their resolve, legitimises their struggle and wins them sympathy and new friends all over the world. It is also a crime against humanity and those that carry out such murderous operations and dole out such orders become automatic candidates for the ICC at the Hague.

“Repression fuels the struggle for liberation and freedom rather than stifle it. The more IPOB youths are killed the more their ranks will swell. I call on the Buhari administration to stop this open display of sociopathic madness and gratuitous violence against its own citizens and to be more tolerant, accommodating and restrained.

“I call for a cessation of hostilities and state-sponsored violence and on the FG to lift the ban on IPOB and enter into negotiations with them before it is too late.

“We must build bridges and not burn them. We must have the courage to talk to those who we may disagree with but who genuinely feel hurt and aggrieved and bring them back to the table.

“We must find a more civilised and humane way to resolve our differences.”