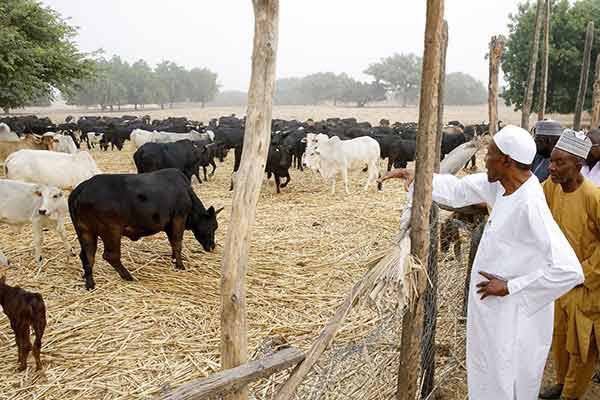 The Peoples Democratic Party (PDP) says the All Progressives Congress (APC) has again displayed its insensitivity and anti-people stance by encouraging President Muhammadu Buhari to visit his cattle ranch instead of  Kankara, in his home Katsina state, were 600 students where abducted by suspected terrorists.

The PDP says by not impressing it on President Buhari to cut short his unnecessary holiday and make efforts to  rescue the abducted students, the APC has again shown that it is a party of ‘political bandits’, which has no iota of concern for the wellbeing of Nigerians.

This was contained in a statement issued by Kola Ologbondiyan, Spokesperson of the opposition party, on Tuesday.

“Indeed, the preference for the welfare of Mr. President’s cattle over the safety of our young students, who are now languishing in their abductors’ den, foregrounds APC’s disdain for Nigerians, for which it should never be entrusted with governance at any level in future,” the statement further reads.

“Our party and, indeed, discerning Nigerians are not surprised that the APC, as a party, has not forcefully condemned the kidnapping of the students even as it has not raised any strong voice against the recent gruesome killing of 43 farmers in Borno state by terrorists.

Rather, the APC has tacitly supported the insensitive comment by the Buhari Presidency, which blamed the slain farmers instead of taking steps to apprehend the assailants.

“Our party charges the APC to come clean on this manifest conspiracy of silence as such silence, in the face of horrific killing and kidnapping of innocent Nigerians, only points to the complicity of its leaders.

“The APC leaders must explain their interests in acts of violence and terrorism ravaging our country, particularly, given that many of them, including some state governors, had admitted establishing contacts with and even paying ransom to bandits.

“Moreover, the admission by a terrorist group of being responsible for the Kankara abduction, after the APC government in the state had informed the public that bandits were responsible and that it was already in contact with the said bandits, raises critical questions on the integrity of the claims by the APC government.

“Furthermore, our party recalls that the APC has failed to account for the whereabouts of political mercenaries they imported from neigbouring countries, particularly Chad and Niger Republic, to unleash violence on voters in the 2019 general elections.

“The escalation of banditry during and since after the 2019 elections, therefore calls for explanations by the APC and its leaders.

“Furthermore, our party strongly rejects the unfolding ploy by the APC to set up, ridicule and paint President Buhari as being solely responsible for their collective failure in governance.

The PDP, standing with Nigerians, insists that the APC must not be allowed to hide under the failure of PresidentBuhari to launder its image as it is the real architect of the misrule of the Buhari administration.”