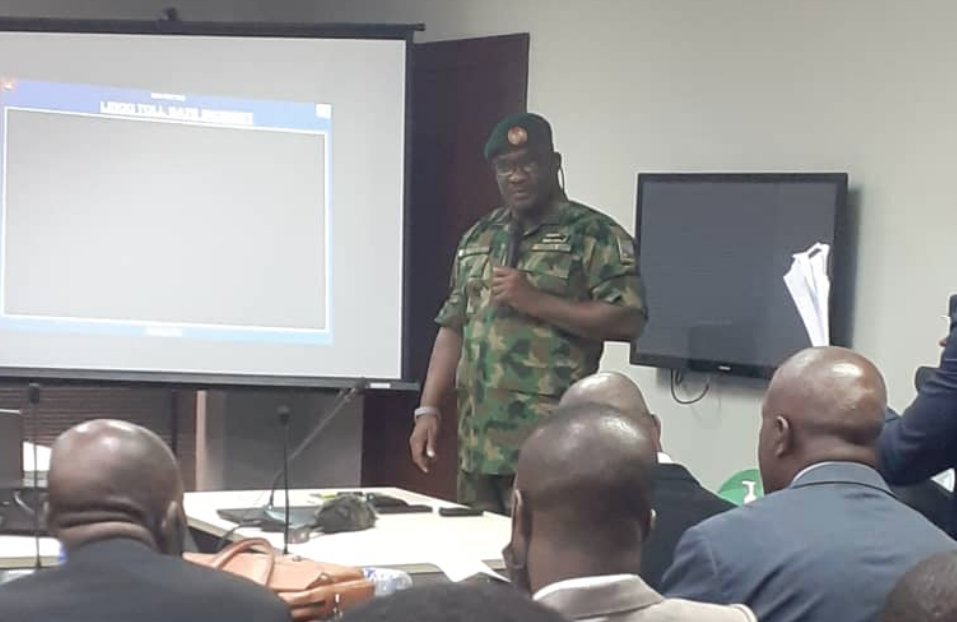 The Nigerian Army says Governor Babajide Sanwo-Olu of Lagos State was misinformed on the death of peaceful #ENDSARS protesters in the alleged shooting by security operatives at Lekki Tollgate Plaza in the state on October 20, 2020.

Recall that after the shooting at the Tollgate, Sanwo-Olu had said no one died from the incident. Hours later, he said he received information about the death of one person.

“Information reaching us now is that a life was lost at Reddington Hospital due to blunt force trauma to the head. It is an unfortunate and very sad loss. This is an isolated case. We are still investigating if he was a protester,” he had noted on his Twitter handle.

But Ahmed Taiwo, Commander of the 81 division of the Nigerian Army, who appeared before the Lagos judicial panel investigating the alleged shooting, said no one died from the incident.

When pressed by a member of the panel, Olumide Fusika, a senior advocate of Nigeria (SAN), who recalled the Governor’s statement, Taiwo said the Governor was ‘misinformed’.

MERIDIAN SPY reported earlier a video footage submitted to the panel by Lekki Construction Company (LCC) revealed the Nigerian Army sent seven truck-load of its personnel to the Tollgate on the night of the shooting.