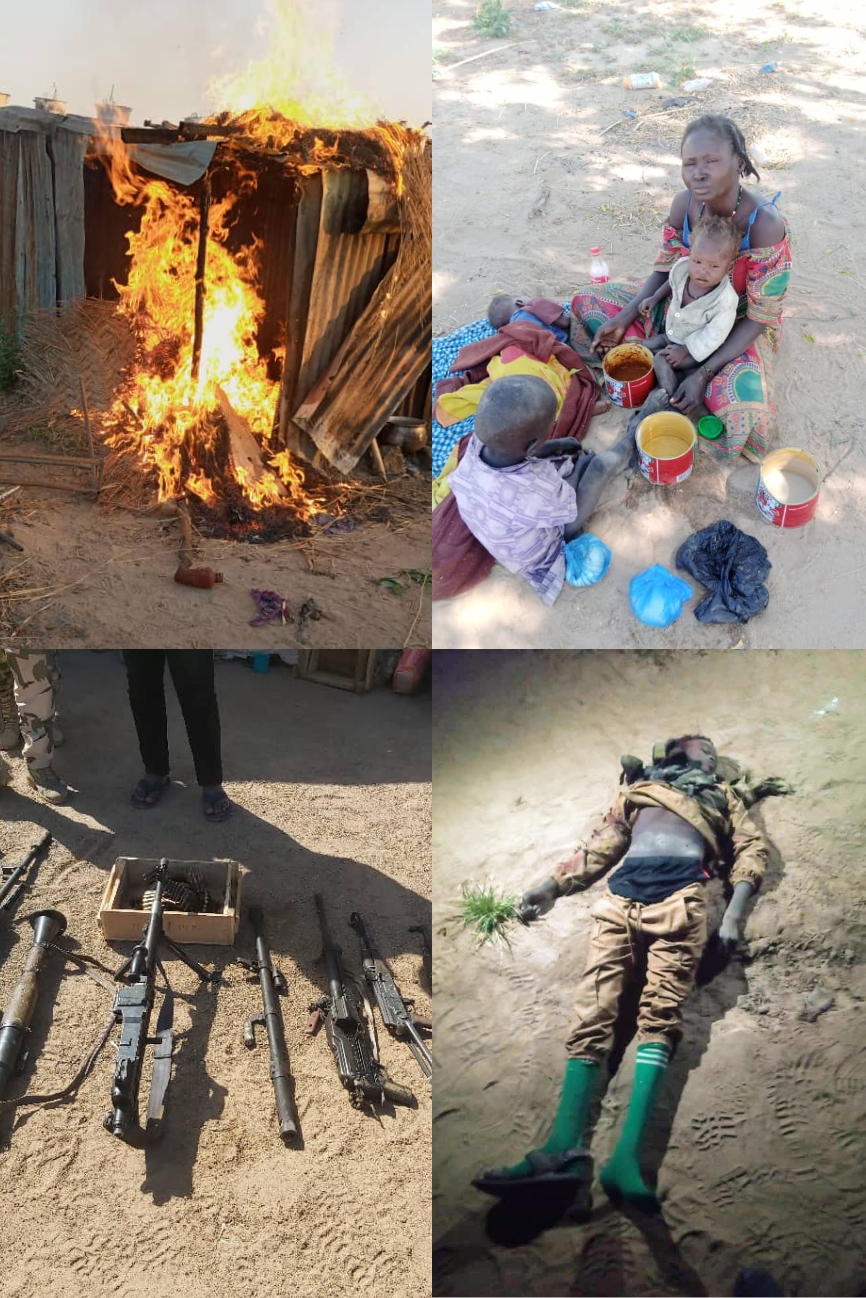 Nigeria Army says it successfully thwarted and killed a female suicide bomber who attempted to attack its Army Super Camp 7 at Bama in Borno State.

The Army said its troops of 151 Task Force Battalion deployed at Special Response Area Miyanti in Bama LGA also rescued one woman and 3 children after engaging a pocket of Boko Haram criminals while on fighting patrol in the state.

Their hideout was consequently destroyed by the troops. Two bicycles and other items were recovered from the fleeing insurgents.

This was made known in a statement issued by Brigadier-General Benard Onyeuko, Acting Director Defence Media Operations, on Tuesday.

Onyeuko also disclosed that the troops of 27 Task Force Brigade located in Buni Gari of Gujba LGA of Yobe State on Sunday, November 8 dealt a decisive blow on some marauding Boko Haram/Islamic State West Africa Province criminals in a failed attempt to infiltrate the peaceful town.

“The gallant troops of the Brigade who were ever on high alert fought relentlessly forcing the terrorists to  withdraw in disarray due to the troops’ superior firepower. Nevertheless, the unrelenting troops gave a hot pursuit and inflicted heavy casualties on the fleeing insurgents,” he added.

“Further exploitation is being carried out as the resilient troops continue to dominate the area with aggressive patrols.”

In another development, the Defence Spokesperson noted that the troops of Army Super Camp 11 deployed at Gamboru on 3 November 2020 conducted a robust Clearance/Fighting Patrol to clear suspected Boko Haram Criminals hideouts at Bulama Lumbe and Ndufu Villages.

“The gallant troops came in contact with the criminals and engaged them with heavy volume of fire neutralizing 2 Boko Haram criminals and forcing others to flee with possible gunshot wounds. Resulting from the encounter, the troops captured one AK 47 Rifle and 2 Boko Haram terrorists flags,” he added.

“The troops of Operation FIRE BALL are hereby commended for their resilience, doggednes and commitment exhibited during the above encounters. They are equally encouraged not to rest on the successes so far achieved but build on them.”

The Army, according to Onyeuko, assured the entire populace of the North East zone of its determination of the High Command of the Armed Forces of Nigeria “to finally rout out the remnants of the Boko Haram Terrorists /ISWAP criminals from their enclaves”.

It further appealed for dissemination of this information “with attached photographs through your medium to the general public”. “Thank you for your usual cooperation,” it added.