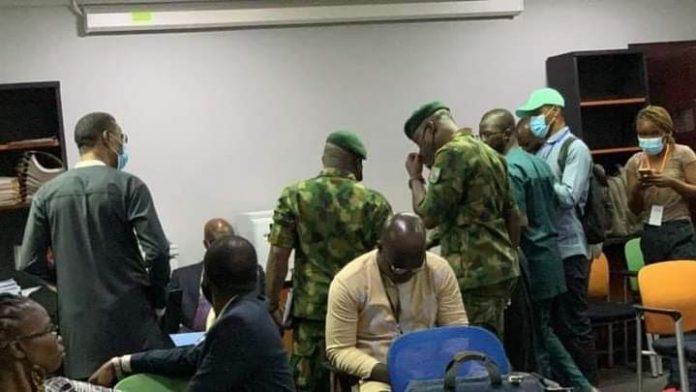 The Nigerian Army has expressed its displeasure over Lagos State Governor, Babajide Sanwo-Olu’s denial that he did not invite soldiers to restore peace and order in the state.

Recall that after the shooting of peaceful ENDSARS protesters at Lekki Toll Gate Plaza in Lagos allegedly by security operatives, Governor Sanwo-Olu had said forces beyond him were responsible for the killings.

But Ahmed Taiwo, a brigadier general of the Nigerian Army, told the Lagos judicial Panel on Saturday, that the Governor requested the support of the military on October 20, the day of the shooting, after the #EndSARS crisis degenerated into chaos.

“Perhaps, it was the way everything went that made him say so.”