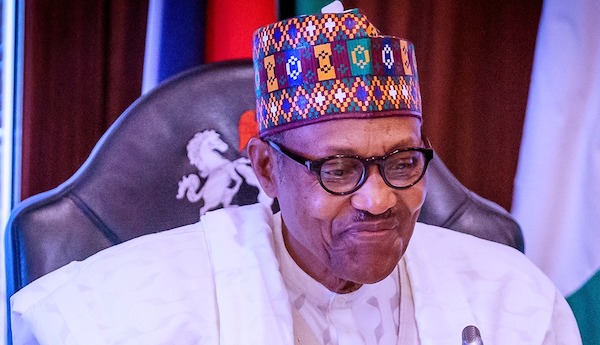 President Muhammadu Buhari has finally spoken out on the recent ban of the Special Anti-Robbery Squad (SARS) of the Nigeria Police Force.

Despite the announcement by Mohammed Adamu, the Inspector-General of Police (IGP), ordering the immediate dissolution of the squad on Sunday, the ‘ENDSARS’ protesters on Monday continued their protest across the country demanding the President direct response to their demand.

However, at the launch of the Presidential Youth Empowerment Scheme (P-YES), aimed at creating 774,000 jobs across the local government areas in the country, President Buhari who eventually spoke on the issue, said the disbandment of the SARS operatives was only a first step towards reforming the Police Force.

In a video which was shared by the Presidency via its verified Twitter handle on Monday, the President assured that all those responsible for misconduct or wrongful acts within the Force will be brought to justice.

“I will like to use this opportunity to say a word on the recent genuine concerns and agitations by Nigerians about the excessive use of force and in some cases extra-judicial killings and wrongful conduct of the men of the Nigerian Police Force,” said the President.

”The disbanding of SARS is only the first step in our commitment to extensive police reforms in order to ensure that the primary duty of the police and other law enforcement agencies remains the protection of lives and livelihood of our people.

”We will also ensure that all those responsible for misconduct or wrongful acts are brought to justice.

”We deeply regret the loss of life of the young man in Oyo State during the recent demonstrations.

”I have directed that the circumstances of his death should be thoroughly investigated.

”Meanwhile, it is important to recognise that the vast majority of men and women of the police force are hardworking and diligent in performing their duties.

”The few bad eggs should not be allowed to tarnish the image and reputation of the force.”