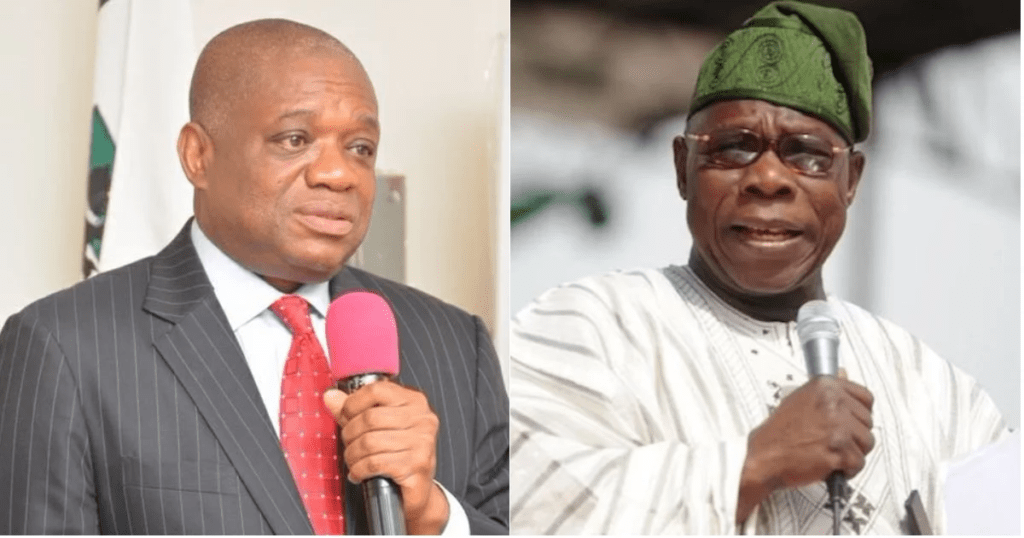 Kalu stated this in his newly released autobiography ‘My Life’, noting that Mantu, who was then the chairman of the senate constitution review committee, plotted and worked against the constitution amendment which would have paved way for Obasanjo’s ambition.

The former Abia governor who alleged that Obasanjo gave senators N50 million each to vote in favour of the bill to amend the constitution, stated that the former deputy Senate president collaborated with him in recruiting those who would vote against the constitutional amendment bill and was careful in choosing key senators they worked with.

“I have seen a lot of people claiming credit for the failure of Obasanjo’s third term bid. If there is any credit for it, it has to go to Senator Ibrahim Mantu. He is the true hero of the third term war. The hero of what we did should be Mantu and nobody else, because he was the one who brought the strategy of how we will do it, he was the one who told me not to tell Ken Nnamani, the senate president,” Kalu wrote.

“He told me that the senate president was on both sides of the Atlantic. He said nothing we discussed should get to Nnamani because he was with them while he would appear to be with us. I insisted that we carried the senate president along, but Mantu assured me that Obasanjo will get everything we discussed with the Senate President within seconds.

“He also told me to be careful with Senator David Mark because he too will brief Obasanjo about anything that was said to his hearing pertaining to the third term project. That was how we left both senator Nnamani and Mark out of the loop in our plot to destroy the third term agenda. Mantu and I promised ourselves during the process and coordinated those we recruited to vote against the amendment.

“Obasanjo broke the central bank open and gave each senator N50 million to vote for the third term. Chukwumerije brought his own to Abia liaison office in Abuja to show me and I asked him to go and give it back to them, and I arranged fifty million naira of my own and gave to him, just to encourage him,” he said.

“And so everybody, even those fighting corruption, knew that this money came from the CBN. They did not say anything.

“We had plan A, plan B and plan C strategies to stop the third term. Unfortunately, some of the governors we were meeting with, I don’t want to mention names were only meeting with us to have something to take back to Obasanjo. They were neither here nor there.

“Mantu was the one who scuttled the third term, and in doing so, he incurred Obasanjo’s eternal hatred. So Nigerians should celebrate him.”