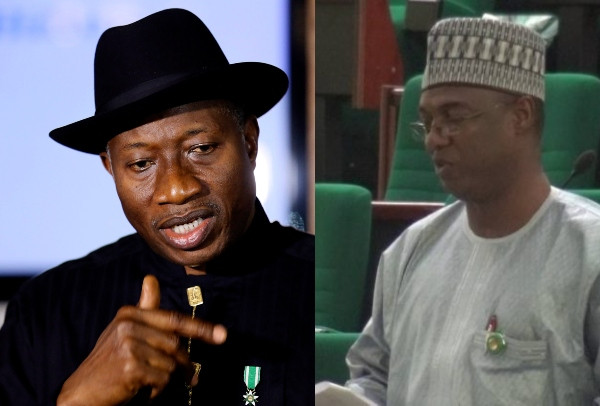 Former President Goodluck Jonathan, has accepted the apology of Aminu Shagari, the son of late ex-president Shehu Shagari and a three-term House of Representatives member, for supporting President Muhammadu Buhari in the 2015 presidential election.

Shagari’s son had written a public apology to the ex-president for his role in creating division in the Peoples Democratic Party (PDP) and in bringing down the Jonathan’s administration.

“Let me use this opportunity to tender a public apology to former President Jonathan and seek forgiveness because I helped to divide the Peoples Democratic Party and bring down his government, but, I have found out that what we thought about his stewardship was not entirely true,” said Aminu in a recent interview with The Punch.

“I expect President Buhari to also ask for forgiveness having found out that most of the things he accused my dad’s and President Jonathan’s administrations of are not true.”

However, replying the late ex-president’s son in a Facebook post, Jonathan thanked Aminu for his apology but noted that he never took offence in his action.

“Dear Honourable Aminu Shagari, Thank you for your apology. However, I never took offence. My firm belief is that I am a pencil in the Hand of God,” he wrote

“Therefore, I have no enemies to fight, because of my confidence that people can only do to me what God permits. I urge you to continue to emulate the humility of your father, the late President Shehu Shagari, a most detribalised Nigerian. May God bless you. GEJ.”