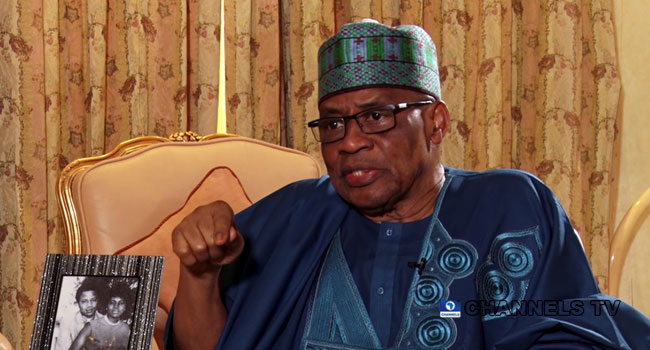 Ibrahim Babangida, former military head of state, says he finds it silly when Nigerians blame the problems of the nation on the military.

Babangida stated this in an interview with Channels TV on Friday night.

He said, while the military created the framework upon which successive governments continue to build on, the civilians facilitated the process.

“We didn’t create problems. We tried to provide the framework upon which subsequent governments could build upon,” he said.

“Most of the infrastructural developments, even the democracy, we midwifed it. We were able to capture what the world is doing now and bring them into our own country.

“I find it silly to say that we created the problems. It is a joint venture between the military and the civilians. You were there to show us how the system works; the institutions of governance and government, all these were civilians prerogative.”

The former military head of state said political instability occasioned by a lack of a nationalistic approach by the leaders of the time necessitated the intervention of the military into governance in Nigeria.

“You have political parties that wanted to carve a region and call it their own. We didn’t develop this concept of a federal government with the states or the regions,” he said.

“Every region wanted to be on its own. So, that brought about the lack of stability and in the process, we (the military) got involved in a lot of internal security operations, up to the time it culminated in a military coup.

“Fortunately, the military who intervened at that time were all nationalistic. They did not believe in separation. All they had to do was to make sure the various regions remain one, not divided.”