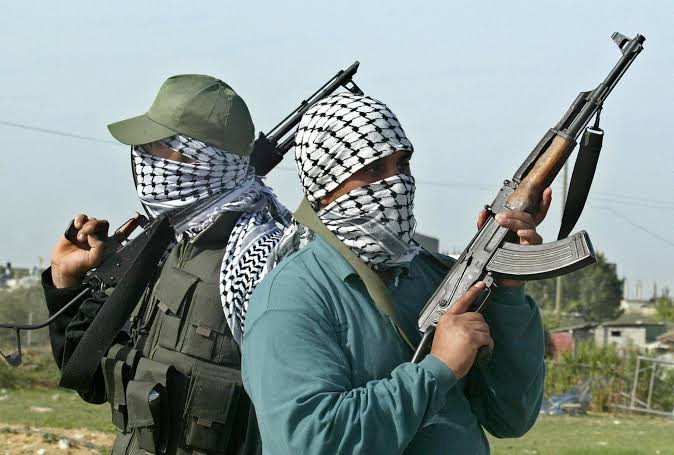 Gunmen, in the early hours of Friday, reportedly abducted family members and two others in Barakallahu, a town in Kaduna metropolis, The Cable reports.

Abdulsalam Haruna, a resident of the community, said the gunmen attacked his home and took away his wife and four children.

He added that his neighbour’s two children were taken away during the attack.

“The incident happened at about 1:30am (on Friday). They broke my gate and came into my compound. They broke the door to my house and ordered everybody to follow them. They went away with my wife and four of my children, two of whom are students of the Federal Science and Technical College, Malumfashi, Katsina state,” Haruna said.

“They also attacked my neighbour and went away with two of his children.

“Two other houses, including that of a retired director in the Kaduna state ministry of education, were also attacked, but they did not kidnap anybody or carry anything there.

“We alerted the security personnel, but by the time they arrived, the bandits had escaped with the victims.”

The development comes barely a week after 17 family members who were said to be on their way to the farm were attacked and abducted by bandits in Udawa village, Chikun local government area of the state.

At of the time of this report, Mohammed Jalige, spokesman of the Kaduna state police command, could not be reached for reaction as his mobile phone was switched off.