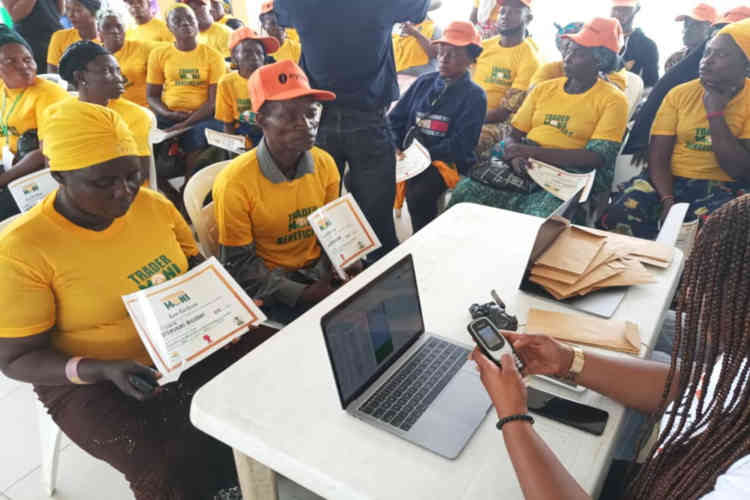 The Bank of Industry (BOI) has rebutted claims of poor data management of TraderMoni beneficiaries in Kwara.

TraderMoni is part of the empowerment schemes under the National Social Investment Programme (NSIP), launched in 2018, and designed to provide soft loans of N10,000 to boost small scale businesses and reduce poverty.

MERIDIAN SPY reported Thursday Hajia Bashirah Abdulrazaq-Sanusi, the Kwara State Focal Person for the NSIP, lamented over N1.3 billion have been disbursed to about 10,000 beneficiaries in the state but they were reluctant to pay back the loans.

“Poor masses are not ready to repay the loan after collection because of the attitude of Nigerians to anything from the government, thinking it is national cake,” said Abdulrazaq-Sanusi.

“Also, those that disbursed the money do not have records of beneficiaries like phone numbers and addresses, thus, making it difficult to track them for repayment.”

But the BOI refuted the claim, stating that records of all TraderMoni beneficiaries are available in its database.

The development bank, in a statement, said all NSIP focal persons have been provided with information on Government Enterprise and Empowerment Program (GEEP) beneficiaries, under which the TraderMoni scheme is established.

“We would like to state that the fully digitized loan records and biodata of all 2,418,936 GEEP beneficiaries are electronically stored in a central database. The data can be viewed at the GEEP Command Center of the Bank of Industry which is open to the public.

“The programme relies heavily on technology to deliver its three loan products; namely TraderMoni, MarketMoni and FarmerMoni. The loan cycle for every GEEP applicant involves the following processes: Extensive KYC and data validation via mobile forms.”

The BOI further explained that GEEP agents across the nation have been equipped with a proprietary mobile application that enables the full registration and capture of up to 43 unique data points of every single applicant.

The bank said all submitted beneficiary data go through several points of verification to ensure validity of the registration process, adding that it is after verification that applicants are able to receive loans.

“Consequently, every loan given out on the programme can be traced to a beneficiary involved in a known trade, at a known location, within a known market association, cooperative or farming cluster. Due to data privacy restrictions, we are unable to publish personally identifiable customer information of the Bank of Industry,” it read.

“GEEP makes it easy for beneficiaries to repay the loans. The loan repayments are broken down into small manageable amounts payable weekly. In addition, GEEP beneficiaries are able to repay their loans through multiple channels.

“Since the inception of the programme, several beneficiaries have successfully repaid their loans and gone on to access higher TraderMoni and MarketMoni loans.

“It is imperative we set the record straight concerning the operations of GEEP, so as to guard against misleading the general public.”