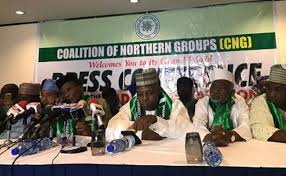 The Coalition of Northern Groups (CNG) has asked the Federal Government to reverse its recent increase in pump price of premium motor spirit (PMS), commonly called petrol and electricity tariff or face a nationwide protest.

Abdul-Azeez Suleiman, spokesperson of the group, told newsmen in Kaduna on Friday, that the hike in the pump price of fuel and new electricity tariff have ignited widespread discontent and anger.

Suleiman said the impunity of President Muhammadu Buhari-led administration has been tolerated for far too long.

“Whereas the present administration had upon inception identified economic revival and security as major components of the three pillars of its change agenda, its entire national economy and law and order assets appear incapable of arresting an imminent drift towards poverty and the likelihood of the setting in of anarchy,” he said.

“The government’s mismanagement of an economy already adjudged in a second recession, is characterized by significant loss of output, massive youth unemployment, a rising level of poverty, instability, and irregular migration of skilled and unskilled labour.

“Despite the administration’s claims to fighting a war against corruption, the entrenchment of mediocrity has left the country worse than it was five years ago in the global corruption perception index. That the present administration had been tolerated for too long even with its level of impunity in the dispatch of goods and services which gravely endanger the peace, unity and development of the country.

“The administration’s audacious impunity climaxed with hikes in fuel pump prices from an initial N87 to N151.50k per litre; electricity tariff from N22 to N66 ; and Value Added Tax (VAT) to 7.5% from 5%. These unjustified and unjustifiably indiscriminate increases with concomitant effects on life sustaining essentials like foodstuff and foreign exchange rates have resulted in exponential escalation of inflation, despair, crime and criminality.”

The CNG spokesperson further stated that the “government has lost the courage to assume sole responsibility for the regulation and control of market forces thereby abandoning Nigerians to the mercy of cutthroat multinational communication and sundry service providers, unscrupulous internal profiteers that infest the banking and other financial institutions and largely extortionist government policies of multiple taxation.”

Recall the President came under fire on Thursday on social media for noting that middlemen, among other factors, were responsible for rising food prices.

Reacting, Suleiman said it is unfortunate that Buhari has blamed the current hike in commodity prices on middlemen in the same way he accused middlemen of his “failure with the economy” as military head of state in 1984.

“We’ll put the public on the alert for a possible prolonged nationwide resistance in the likely event of government opting to grandstand,” he added.

“For the avoidance of doubt, government and all concerned institutions should note that the excesses and impunity by government have been tolerated for too long and the younger generation of Nigerians is no longer going to be disposed to their collective future destiny being taken for granted. We are strongly convinced that the President’s desperation to shift the blame for this hardship on some middlemen only confirms failure to provide leadership.”