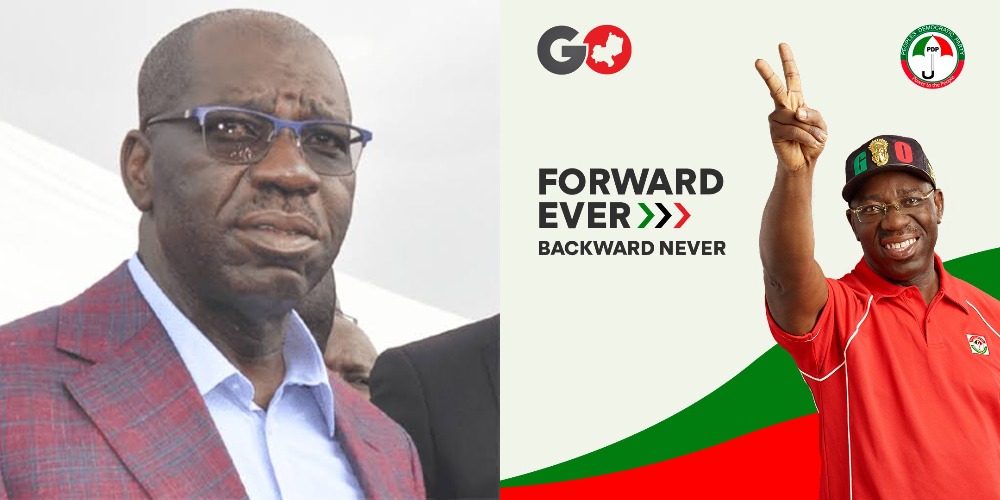 The All Progressive Congress (APC) has mocked Governor Godwin Obaseki of Edo State over the recent report of the National Bureau of Statistics (NBS) on capital investment flows in the state.

Report released by the NBS on Friday showed that the state received no capital investment in the second quarter.

Reacting to the report in a statement on Sunday, John Mayaki, Chairman of the APC Media Campaign Council, said the report had confirmed previously known belief of the futility of the numerous agreements Governor Obaseki signed during his trips across the world.

“The governor neglected infrastructure, security, and other critical factors required to build investor confidence in the state and wasted public funds on incessant trips abroad where he lodged in seven-star hotels and rode in luxurious cars only to return with MOUs not worth the paper they were signed on,” said Mayaki.

“Worse is even the governor’s deliberate de-marketing of the state with his full embrace of tyranny and abuse of power. The legislative arm meant to pass and regulate laws was rendered impotent with the governor’s decision to abduct and swear-in minority members in the dead of the night, state agencies were bastardized and used as tools of oppression to intimidate the governor’s political enemies.

“Thugs became lords who enjoyed direct sponsorship and patronage from the state government. All of these eroded the confidence of investors and those that were in the state prior to 2016 all fled.

“Knowing the governor’s irresponsible penchant for passing the buck, we fully anticipate him to blame his failure to attract any capital investment in the entire second quarter of the year on COVID-19. But for the sake of those who may not know better, it is important to note that this is an ongoing trend occasioned by nothing else but the ineptitude of the Obaseki-administration.

“This is so because a report from the NBS also showed that Edo State failed to attract any new investment in the entire first quarter of 2019.

“The only thing left to do now is to continually commend the Edo people for their endurance as we all collectively look forward to the 19th of September when Governor Godwin Obaseki can be put out of his misery and kicked out of office for good.”