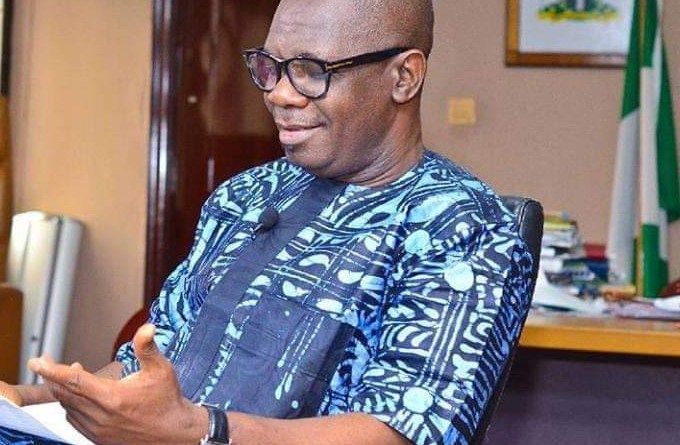 After losing out to Eyitayo Jegede in the governorship primary election of the Peoples Democratic Party (PDP) and subsequently securing the ticket of the Zenith Labour Party (ZLP), Agboola Ajayi, Deputy Governor of Ondo State, said the PDP has missed the opportunity to produce the next governor of the state.

Ajayi made the remark during an interview with Vanguard

“I can tell you confidently that PDP has missed it. PDP missed the opportunity to produce the next Governor of Ondo State and it’s good for us,” he said.

The Deputy Governor added that the national leadership of the PDP assured him of the free, fair, and credible primary election, but the members of the state executive committee were hostile, biased, and unbelievably compromised.

“In the interest of peace and harmony we allowed things to go their way but that shouldn’t deter us from expressing our democratic freedom of association,” he said.

“We have to move on. If the result had gone our own way there would have been serious violence and crisis.

“I have always said that my ambition doesn’t worth the blood of anybody. So, I moved on with the people.”

Continuing, he said, “Now, with the unfolding events we have been vindicated.

“Have you seen any serious political activities at the party since I left? Have you heard anything about the role of opposition being played by the party? I wouldn’t call it betrayal but sabotage.

“The chance of the party to win the next governorship election was obviously sabotaged and compromised. I wish the national leadership can investigate the romance between the state executive committee and the Chief Executive of the state.”

When reminded of his promise not to leave the main opposition party even if he loses in the PDP primary poll and asked why the sudden change, he said, “Blessed is the man who does not walk in the counsel of the wicked or stand in the way of sinners or sit in the seat of mockers.

“I’m a politician and my ultimate goal is to win the election. Ondo PDP seems more interested in raising a candidate every election cycle than winning. I have a dream to lead Ondo State out of its present predicament and that is very pertinent.”

Ajayi, however, concluded that he departure from the PDP was borne out of overriding interest of the people.

“I listened to the voice of the people and that is what is paramount,” he said.