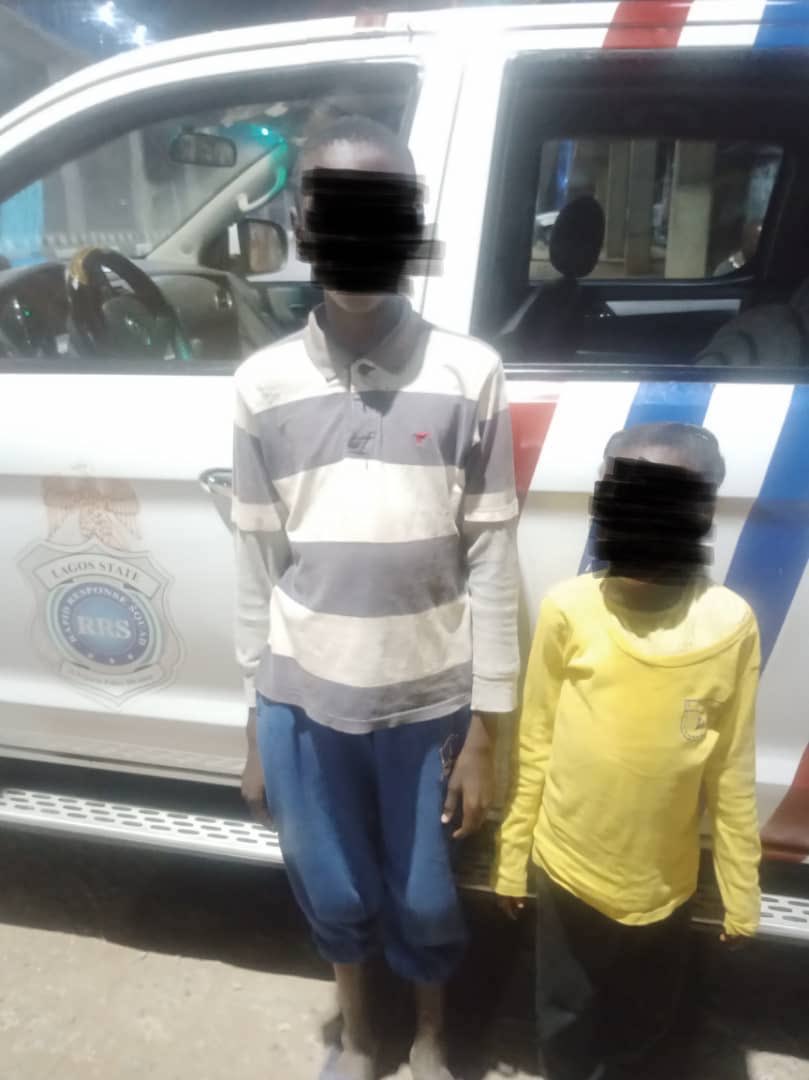 Some officers of police patrol team in Lagos State have rescued two children who were nearly kidnapped by “one chance vehicle” criminals in the state.

The state Police Command disclosed, via its official Twitter handle on Tuesday, that the two children unknowingly got into the “one chance vehicle” on their way to a tutorial lesson and were being taken to a bushy area.

The children, however, escaped from the criminals, after a passerby saw them and raised the alarm.

“At about 11pm last night these two children were seen crying/walking along Cement Bus-Stop and were accosted by Police officers on patrol.

“They said they got into a “one-chance” vehicle on their way to tutorial lessons and were taken into a bushy area… …before a passer-by saw them and raised alarm.

“The children fled the scene and were found by the officers.

“They were re-united with their family at about 12am today. Investigation is on going.”