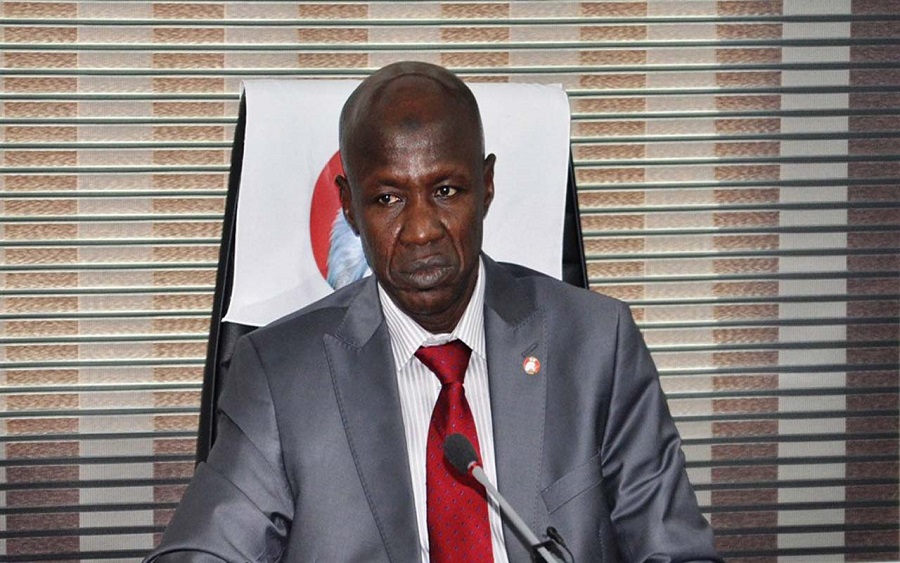 In its interim report submitted on Wednesday, the panel headed, by Ayo Salami, retired president of the court of appeal, also recommended that Magu should be prosecuted over allegations of corruption and abuse of office.

Magu is also accused of violating the code of conduct law by allegedly failing to declare all his assets when he assumed office in 2015.

TheCable understands that the panel also recommended the appointment of a new chairman for the anti-graft agency “without further delay”.

In a letter dated July 3, 2020, President Muhammadu Buhari had directed the panel to submit its “interim reports to me from time to time”.

Mohammed Umar, former director of operations at the EFCC, has been in charge of the commission in acting capacity since July 6 when Magu was whisked before the panel by a combined team of Department of State Services (DSS) and officers from the Force Criminal Investigation Department (FCID) of the police in Abuja.

He was detained area 10 of the FCT police command for nine days before being granted bail.

The travails of Magu, a commissioner of police, followed a memo by Abubakar Malami, attorney-general of the federation, who accused him of “grave malfeasance”.

He was alleged to have mishandled the recovered loot and sold seized assets to his associates.

Magu was also alleged to have purchased a property in Dubai, United Arab Emirates using a pastor as a conduit.

He has since denied all the allegations which he described as “nonsense”, once saying: “what I am going through is a case of dog eats dog”.

The former acting chairman of EFCC has also accused the panel of not giving him fair hearing.

Through Wahab Shittu, his counsel, Magu has written several letters to the panel, demanding to be served a copy of the charges against him in order to prepare for defence.

Buhari had appointed him in 2015 but the senate declined to confirm his appointment, citing a DSS report which indicted him of corruption — although Magus denied any wrongdoing.