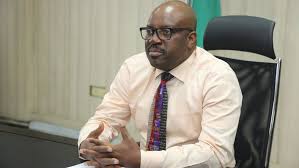 Prof. Kemebradikumo Pondei, the acting Managing Director of the Niger Delta Development Commission (NDDC) has asked the Inspector-General of Police (IGP), Mohammed Adamu to arrest and prosecute contractors who have received funds from the commission but are yet to execute contracts awarded.

In the petition dated July 29, 2020 and addressed to the IGP, Pondei said some documents relating to the alleged failed contracts were currently being handled by the police department of operations.

“In or about 2017, the commission awarded contracts to certain companies for the production of desks and chairs for primary and secondary schools in the Niger Delta region,” the petition read.

“The contracts were awarded in furtherance of the commission’s education sector mandate in the Niger Delta region.

“Instead of supplying the chairs and desks to the commission’s warehouse in Port Harcourt or to any of the NDDC offices in the nine Niger Delta states, the contractors supplied them to a warehouse described as Akuede Akwis, Benin Expressway, Okpanam before Wichetech.

“The warehouse is located in Delta State and has no relationship with the commission.”