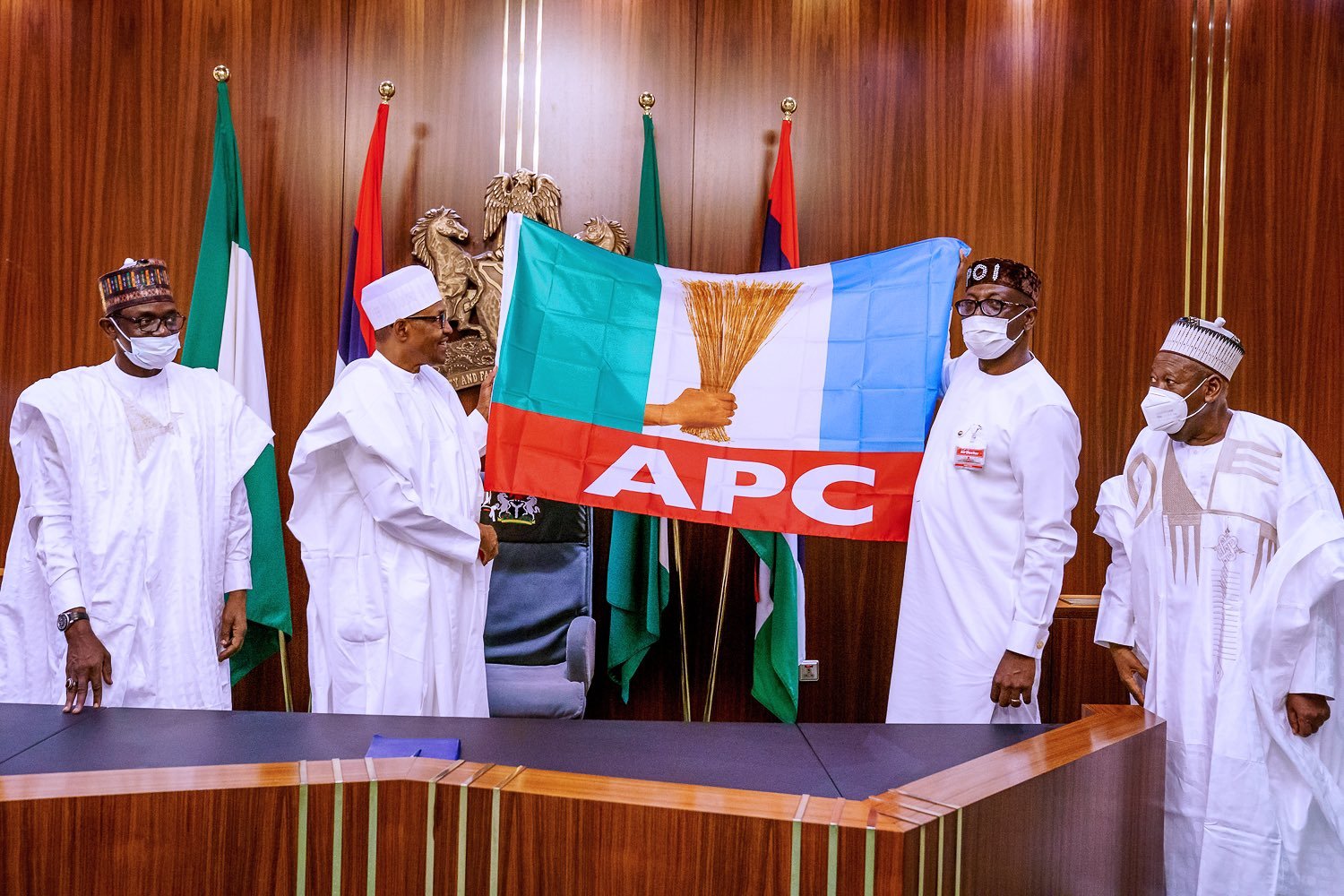 The Peoples Democratic Party (PDP) has berated President Muhammadu Buhari for his endorsement of Pastor Osagie ize-Iyamu, the candidate of the All Progressive Congress (APC) in the September governorship election in Edo State, describing it as “an act that encourages corruption”.

In a statement on Friday, Kola Ologbondiyan, the party’s spokesperson, condemned the presentation of flag to the APC candidate in the Presidential Villa, saying it validates their position that the President’s administration is “fighting perceived opponents and not corruption”.

“Mr. President ought to have been aware that Ize-Iyamu is standing trial over allegations of corruption, in addition to declaration by his party’s former national chairman that the APC candidate is a treasury looter, who should not be trusted with the position of the governor of Edo state,” said Ologbondiyan.

“The presentation of flag to a person standing trial on allegation of corruption right in the Villa has shown to the world that APC is indeed the headquarters of corruption.”