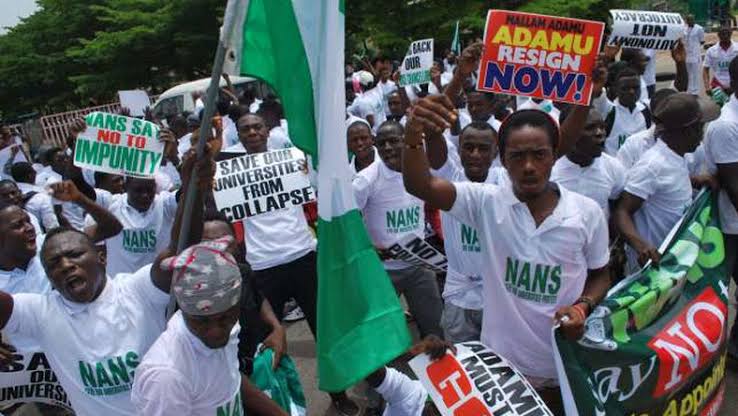 The National Association of Nigerian Students (NANS) is currently mobilizing to shut the Niger bridge, which is the only inlet into south-east Nigeria, to pass a serious warning to the federal government of Nigeria and university teachers who have been on strike since November 2018.

The student body is irked by the instransigent attitude of both the federal government and striking lecturers over resolving their differences to put an end to the protarcted strike that has crippled academic activities in various university campuses across the country.

In a statement signed on Wednesday by the Coordinator of the south-south, south-east jurisdiction of NANS, Comr. Okereke Godson Bishop, and was made available to MERIDIAN SPY, the association frowns at the manner adopted so far by the federal government in resolving the ongoing industrial action by university teachers.

Okereke, a masters student of the Federal University of Technology Owerri held that both the striking lecturers and the Nigerian government are not showing serious concern in resolving the over three-month-old industrial action.

Consequently, letters of mobilization and official notification had been deseminated across all tertiary institutions, and students leaders in the region for vervid preparation towards the mother of all protests, which would totally shut down conventional activities before and cross the Niger bridge.

A letter of appeal was also extended to the African Students Education Support Initiative (ASESI), through its Executive Director, Mr Chinonso Obasi, to officially join the students in solidarity during the protest.

The protest would take place on January 30, and it is expected to shut down all activities along the Asaba/Onitsha express way as all structures of organization have been placed in the know for adequate preparation and participation.