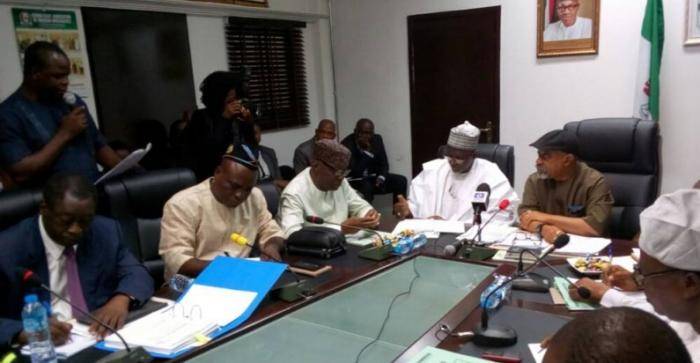 The meeting between the leadership of Academic Staff Union of Universities, ASUU, and the Federal Government of Nigeria ended in a deadlock on Tuesday.

The meeting which took place at the office of the Minister of Education, Mr Adamu Adamu, ended withithout any concrete agreement as regards the ongoing strike action.

The meeting was called for the both parties to reach a common ground on some of the fundamental issues that led to the ongoing strike action.

Speaking to newsmen immdately after the meeting, ASUU president, Biodun Ogunyemi, said there was no concrete decision reached yet between the body and the Federal Government as regards going back to classroom.

He said: “We have been meeting but we are yet to reach any concrete decision”.

The Academic Staff Union of Universities (ASUU) had embarked on an indefinite industrial action on November 5th demanding among other things, better funding for universities from the Federal Government.