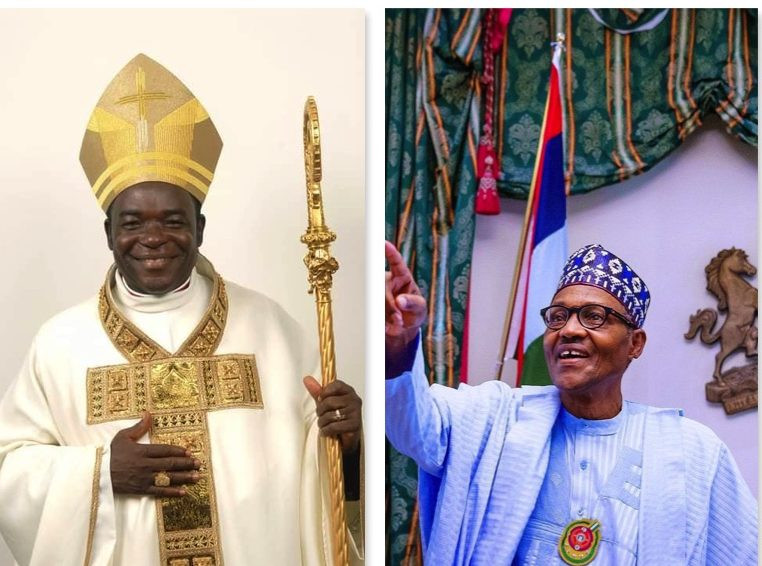 The Pentecostal Fellowship of Nigeria (PFN) has declared its support for Matthew Hassan Kukah, Catholic Bishop of Sokoto Diocese, who has come under fire from some Northern groups for his Christmas message critical of President Muhammadu Buhari administration.

Recall that Kukah had accused President Buhari of being nepotistic. He had also alleged that there would have been coup if someone from another region did ‘half of the things that Buhari has done.’

But Felix Omobude, PFN President, who defended the Catholic Bishop in Benin, on Wednesday, said it is only in Nigeria that one cannot talk against the government and go free, while warning the Federal Government to refrain making him a sacrificial lamb for speaking the truth in his Christmas message.

Omobude noted that people have insulted President Donald Trump of United States without getting sued, but have done same to President Buhari and have been sued by his administration.

“Kukah spoke on what is in the minds of most Nigerians and should be commended for voicing out when others kept quiet when things were getting out of control,” the PFN President noted.

“Well, I appreciate Bishop Kukah. I don’t think we have interacted one-on-one but if you follow him, you will know that he is down to earth when it has to do with telling the truth.

“Bishop Kukah is an advocate of democracy so he could not have been calling for the military overthrow of the government. The issues that he raised are very glaring.

“Now, it is only in this country that you can’t talk against the government and go free. What is the dust for? I know that the minister of information is paid for his job but he should be honest enough to face certain truth.

“So, Bishop Kukah spoke the minds of genuine Nigerians. And any attempt by anybody to impose a section of the nation upon the other is bound to cause chaos.

“Bishop Kukah should be seen as a patriot and not a sacrificial lamb. He is not a hater of government but he is a lover of truth. I stand wholeheartedly on his views.”