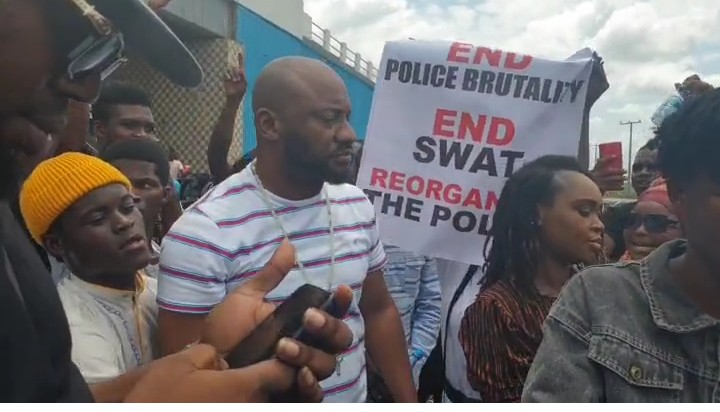 Yul Edochie, Nollywood actor, says the viral videos of mass looting of public and private property should propel every good leader in the country to find ways to improve the living standard of mostly indigent Nigerians.

Reacting via his verified Twitter handle on Friday, Edochie lamented that Nigerians were dying of hunger but some leaders who careless about their sufferings are more concerned about tackling social media.

“After watching those looting videos, every good leader should be having sleepless nights working out ways to improve the living standard of the masses,” the actor wrote.

“Nigerians are dying of hunger. Rather your headache is social media. SHAME!”

Edochie’s tweet, however, appears like a jibe at Desmond Elliot, his colleague in the film industry and lawmaker representing Surulere constituency at the Lagos State House of Assembly, who Thursday blamed social media users for fuelling the violence and mass looting of porperty that erupted following the shooting of ENDSARS protesters in the state.

After much attack by Nigerians on social media, Elliot, later offered an apology to Nigerians for his outburst.