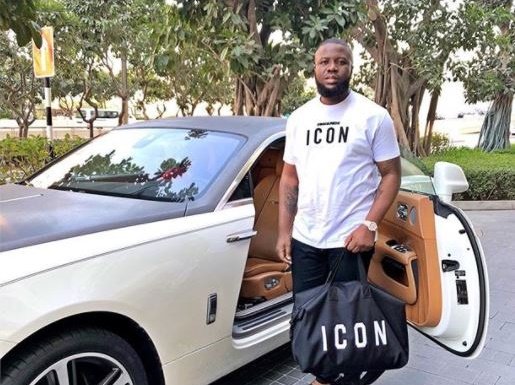 The trial of Instagram socialite, Ramon Olorunwa Abass, popularly known as Hushpuppi, who is facing cybercrime charges in the United State, has been postponed to May, 2021 due to coronavirus pandemic.

According to the chambers orders of Judge Otis Wright released September 23, the jury trial will continue by 9:00 a.m. on May 4, 2021,” Premium Times reports.

Across the globe, the respiratory disease has been contracted by over 35 million people and has killed more than 1 million persons.

Apart from the economic challenges the pandemic has posed as a result of lockdown and some restrictions, it has affected judicial processes globally.

In June, the 37-year-old Mr Abbas, also known as Hushpuppi, who is known for flaunting his opulent lifestyle on social media, was arrested in Dubai by some special operatives including the Emerati police officers and Federal Bureau of Investigation (FBI) operatives.

The FBI’s investigation, according to the affidavit obtained by PREMIUM TIMES, revealed that Mr Abbas finances this extravagant lifestyle through crime.

He is alleged to be the leader of a mafia that facilitates computer intrusion, Business Email Compromise (BEC) fraud and money laundering.

His targeted victims, majorly in the U.S, have been duped of hundreds of millions of dollars, the FBI says.

In July, Mr Abbas alongside Olalekan Ponle, popularly known as Woodberry, was extradited to Chicago in the United States where he was first arraigned.

However, because the U.S. Court in Illinois does not have jurisdiction over the case, he was transferred to Los Angeles, a city in California, where his trial will commence.

At the pre-trial services, he pleaded not guilty to the four-count of conspiracy to commit wire fraud, money laundering conspiracies, international money laundering and engaging in monetary transactions in property derived from specified unlawful activity.

Also, the suspected fraudster has pleaded that he should be prosecuted with complaint and not indictment. This he did by filing a waiver of indictment accepted by the court.

A complaint is the statement of the law enforcement agents containing essential facts of the offenses.

On the other hand, to obtain an indictment, a prosecutor must present proposed charges to a grand jury – a body of jurors that investigates crimes and decides whether charges should be filed.