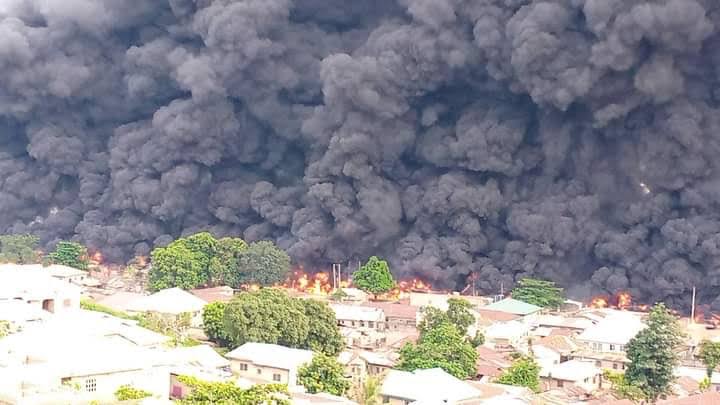 At least 20 people, including some school children, have died in an explosion resulting from a petrol tanker accident in Lokoja, Kogi State capital.

Traders and pedestrians were also among the casualties following the traguc incident which occurred on Wednesday morning.

The tanker driver was said to have lost control of the vehicle and rammed into a tricycle causing the inferno along Lokoja-Abuja highway, MERIDIAN SPY gathered.

Firefighters and emergency personnel are said to have arrived at the scene to attend to the casualties.