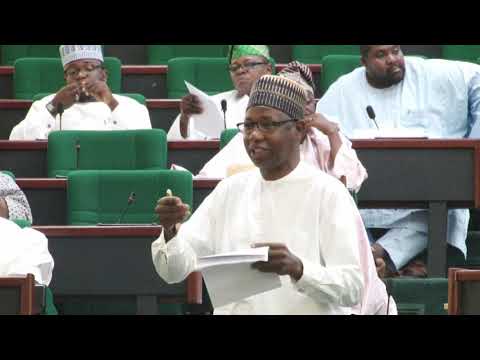 Sada Soli, lawmaker representing Kaita/Jibia Federal Constituency, Katsina State, has declared support for the Water Resources Bill which seeks to bring all water resources; both surface and underground, and the banks of the water sources under the control of the Federal Government.

Reacting to concerns by many that the bill was illegally introduced to the Lower Chamber, Soli clarified, in an interview with Thisday, that it was not true, noting that perhaps they were absent when it was introduced.

“The bill can’t be stepped down because the House has passed it already; the lawmakers that are saying that they will step it down or that it was introduced illegally is because, may be, they were not there on the floor of the house when the members were given the opportunity to look at the bill not once or twice,” he said.

“Remember it was passed by the eighth assembly. If people have something against the legislation, let them point it out and then it could be amended to conform to the wishes of Nigerians,” he added.

“If you don’t understand something or have an idea about something, the easiest thing is that you will misconceive the whole idea. On the claims about the bill being RUGA (Rural Grazing Area) in disguise, people should not display their parochial mindset.

“The governor of Benue state Samuel Ortom, Wole Soyinka and others talking about this bill didn’t read it. I’m looking for an opportunity to meet these elder statesmen to educate them.

“They are being informed about something that does not exist. Maybe the backlash is political; maybe they feel it’s an achievement of this current government and they don’t want it.”