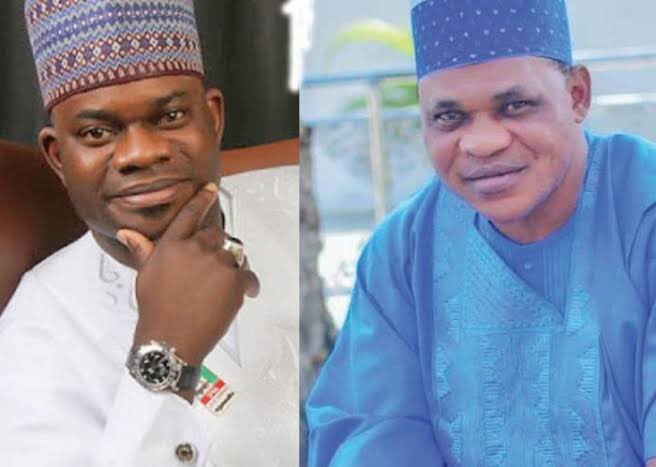 The Peoples Democratic Party (PDP) has expressed its shock over the judgment of the Supreme Court on the 2019 Kogi state governorship election.

Musa Wada of the PDP had challenged the election victory of Governor Bello at the apex court on five grounds.

Wada claimed that the election held on November 16, 2019, was riddled with serious electoral infractions; rigging and over-voting, and that Governor Bello didn’t secure the highest vote.

But in its judgment on Monday, the supreme court held that the PDP candidate failed to prove their allegations against the respondents and that “they failed to show the court why it should distort the decisions of the lower courts”.

Reacting in a statement signed by Kola Ologbondiyan, PDP National Publicity Secretary, on Monday, the party said “though it accepts the verdict of the Supreme Court, as the apex court in the land, the judgment fell short of the expectation of the majority of the people of Kogi state and Nigerians in general, who collectively looked up to the court to remedy the manifest injustices, manipulations, violence and killings that marred the election”.

“Indeed, the judgment had not inspired hope in our national quest to ensure that our elections are violent-free as well as deter unpatriotic individuals who resort to violence and killing to gain access to power, as heavily witnessed in the Kogi election,” Ologbondiyan added.

“However, as a law-abiding party, we call on the people of Kogi state and Nigerians at large, to remain calm, yet undeterred in their quest for the entrenchment of credible electoral process in our country.

“Our party deeply mourns all those who were gruesomely murdered as well as commiserates with all victims of the violence that was unleashed by the All Progressive Congress (APC) in the November 2019 Kogi governorship election.

“The PDP also commends the resilience of the people of Kogi state in pursuing the recovery of their mandate to the very end. Such commitment is a demonstration of the undying determination of the people to defend their choice of leadership to the end.

“Our party will continue to stand with the people of Kogi state as they weather the  insensitive and anti-people government in Kogi state.

“We charge the people not to allow the judgment make them lose hope in our nation but rather remain united in their commitment, as good citizens, toward entrenching democratic values in our country despite the odds.”