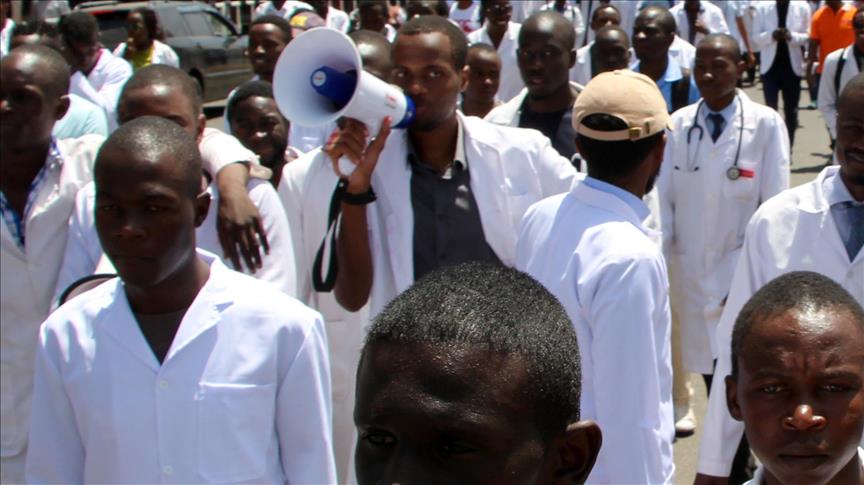 The health workers say the government is yet to honour the terms of settlement entered into with the union on 30th September, 2017, especially the upward review of CONHESS Salary Structure as agreed.

In the letter dated August 26, 2020 and addressed to Osagie Ehanire, Minister of Health, the union vowed to embark on a strike action if the government fails to respond to their demands at the expiration of the 15-day ultimatum.

“Up till the time of writing this letter, the Federal Government has not deemed it fit to honour the terms of settlement entered into with JOHESU on 30th September, 2017, especially the upward review of CONHESS Salary Structure as agreed, to be completed within five weeks from the date of agreement amongst other requests,” the letter partly read.

“Consequently, JOHESU is constrained to give the Federal Government 15 days ultimatum with effect from midnight Sunday, 30th August, 2020 and to inform you that with effect from midnight of Sunday, 13th September, 2020, all our members in the Federal tertiary health institutions shall embark on a strike action, while state and local government health institutions are placed on red alert for possible entry into the fray if the Federal Government foot-drags in attending to our demands.”

This comes as the coronavirus toll continues to rise. Although yesterday, Sunday, Nigeria recorded its lowest infections in four month at 138 as the total now at 53,865.