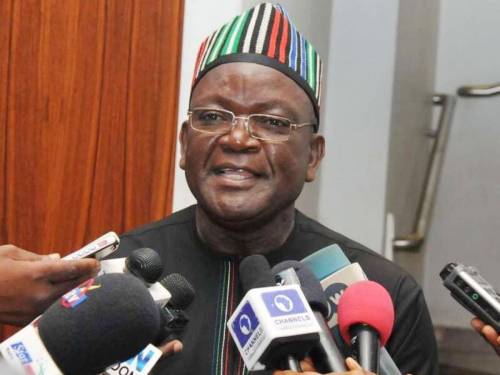 Governor Samuel Ortom of Benue State has kick against President Muhammadu Buhari-led government purported return of the National Water Resources Bill rejected by the public in 2018, to the National Assembly for passage.

Describing the bill as a “disguised land-grabbing legislation”, Governor Ortom claimed it is designed “to grant pastoralists unhindered access to river basins, adjacent marine and coastal environments across the country”.

The governor appealed to National Assembly members not to accept the bill for the interest of Nigeria.

In a statement signed by Terver Akase, his Chief Press Secretary (CPS), on Saturday, Governor Ortom, referencing Section 13 of the bill, argued that there was something fishy with the reintroduction of the bill, adding that those who would want the legislation passed into law by all had a covert motive which was not yet clear to many Nigerians.

Section 13 of the bill states that, “in implementing the principles under subsection (2) of this section, the institutions established under this Act shall promote integrated water resources management and the coordinated management of land and water resources, surface water and groundwater resources, river basins and adjacent marine and coastal environment and upstream and downstream interests”.

“He says the bill, in addition to its provisions which are at variance with the Land Use Act, is a disguised land-grabbing legislation designed to grant pastoralists unhindered access to river basins, adjacent marine and coastal environments across the country,” statement by Akase partly read.

“The governor maintains that the bill is another version of Ruga, whose objective is to create grazing areas in the 36 states of the federation for herders and their livestock.

“He commends socio-cultural organisations such as Afenifere, Ohanaeze, and Middle Belt Forum for speaking against the reintroduction of the bill at the National Assembly.

“Governor Ortom urges the federal lawmakers to act as true representatives of the people for the sake of posterity, and to remember that the destiny of the country lies in their hands.”

Days ago, Nobel laureate, Wole Soyinka, also rejected the bill, stating that it is designed to hand Aso Rock absolute control over the nation’s entire water resources, both over and underground.