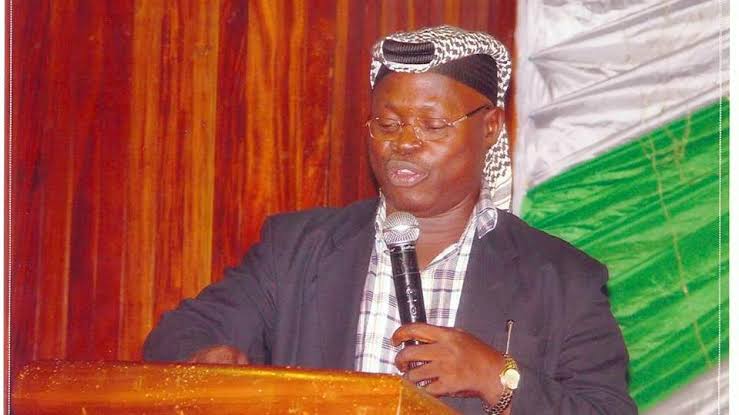 The Muslim Rights Concern (MURIC) has rejected an alleged plan by the Nigerian Bar Association (NBA) to replace Governor Nasir El-Rufai of Kaduna State with Prof. Babagana Zulum of Borno State to speak at its Virtual Annual General Conference.

Governor El-Rufai invitation to speak at the NBA conference was withdrawn after some lawyers kicked against his participation which drew the ire of MURIC who described the action as a high level prejudice, adding that it has further exposes the association’s impatience, intolerance and self-concept.

Although Paul Usoro, NBA president, Saturday apologised to the Kaduna Governor, explaining that Governor El-Rufai’s invitation was strongly opposed by some members of the NBA and after the issue was put up for a vote by the BAR National Executive Committee (NEC) during its teleconference meeting, those against the Governor had the majority.

However, in a statement issued on Sunday, Prof. Ishaq Akintola, MURIC Director, said that plans by the NBA to replace Governor El-Rufai with Governor Zulum is dead on arrival.

According to Prof. Akintola, Muslims as a single building wherein all parts of the structure support one another, or as the anatomy of a man in whom all other parts feel the pain whenever a single part suffers dislocation.

MERIDIAN SPYreported days ago, Jigawa and Bauchi states chapter of the NBA had declared a boycott of the conference if the Kaduna Governor is not re-invited.

“The alleged attempt to replace Governor El-Rufai with Governor Zulum has already failed,” said the MURIC director in the statement.

“It is sheer divide et impera. It is dead on arrival. It has suffered the same fate as attempts to separate Muslims of the South from their brothers in the North. It will never work.

“The hadith describes Muslims as a single building wherein all parts of the structure support one another or as the anatomy of a man in whom all other parts feel the pain whenever a single part suffers dislocation. Our message to NBA is this: You cannot honour a Muslim to add salt to the injury of another Muslim.

“NBA wants to rob Peter to pay Paul. It has backfired. Already, some states in Northern Nigeria have already threatened to pull out of the fast-approaching virtual conference of the Nigerian Bar Association (NBA) over the dropping of Governor Nasir El-Rufai from the list of speakers. These include Bauchi, Jigawa, Kaduna and still counting.

“Our advice to the NBA leadership is to do the needful. Apologise to El-Rufai and re-invite him. He has been unjustly treated. NBA still has 72 hours to go. It is not too late to eat the humble pie. NBA acted in bad faith. The planning committee should have done its home work properly. It is a failure of logistics.

“Besides, it is extremely immoral to ask El-Rufai to stay away after inviting him in the first place. Afterall, he did not lobby for the lecture. Put yourselves in his place and stop grandstanding.

“Or was the invitation a trap all along? Was it an attempt to score Southern Kaduna another undeserved political point? If so, it is a gross miscalculation. NBA must go back to the drawing board.”

The MURIC director also decried the inclusion of Governor Nyesom Wike of Rivers State in the list of speakers at the conference, liking his participation to fixing a square in round holes.

“NBA has no business inviting Governor Nyesom Wike of Rivers State to speak at its conference. Wike’s excesses are legend. When it comes to democratic norms, Wike is a square peg, NBA is a round hole. Wike and NBA should not be seen together,” he said.

“Wike is a serial violator of the constitution. How can the NBA have anything to do with a governor who declared his state a Christian state contrary to Section 10 of the 1999 Nigerian Constitution which forbids such? On the strength of that illegal, unlawful, illegitimate and unconstitutional declaration, the Trans Amadi Mosque was demolished in August 2019.

“The demolition of Prudent Hotel, Alode in Eleme and Etemeteh Hotel in Onne on 10th May, 2020 by Wike’s bulldozers should have served as caution for NBA. The conference organisers should not have touched Wike with a long pole. Wike is unpredictable. He has no respect for either rule of law or protocol.

“We remind NBA of the April 8, 2020 Caverton helicopter saga in which Wike jailed two pilots and their ten passengers for six weeks in spite of appeals from several quarters. We are disappointed that NBA is romancing with a power-drunk leader. It is better for NBA leadership to ride on the back of a tiger than to allow an unpredictable governor to speak at its conference.

“Again, how innocent is Wike in the ‘Rivers of blood’ hullabaloo? Is NBA endorsing all these executive recklessness? Is NBA also waging war on Islam? Why wasn’t Wike’s act of impunity considered before he was invited? Nigerian Muslims strongly oppose the invitation extended to Governor Wike. He is coming to vomit deadlier venom on Islamdom. NBA leadership has a moral burden and the vicarious responsibility for any untoward utterance of Wike at the conference.

“By asking Wike to speak at this august gathering in August, NBA has endorsed fascism and totalitarian dictatorship in the Nigerian political architecture. If the law body cannot dissociate itself from Wike’s political fiefdom by stopping him from speaking at its conference, dis-inviting El-Rufai is the Mother of All Injustice.”