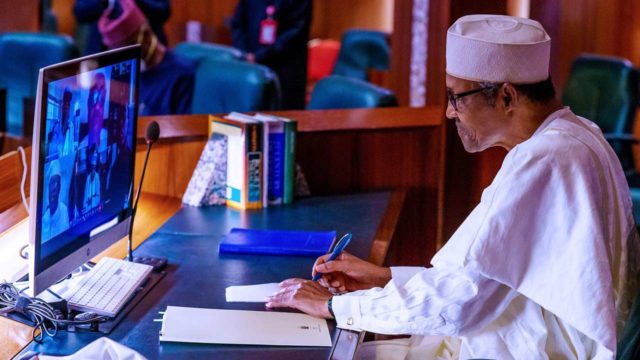 The Authority of Heads of State and Government of the Economic Community of West African States (ECOWAS) will hold a virtual Extraordinary Summit on the socio-political situation in Mali on Thursday August 20.

This was made known in a tweet by the Presidency on Wednesday, while confirming the participation of President Muhammadu Buhari.

Mali has been mired in a political crisis which culminated in a military take over of power from President Ibrahim Boubacar Keïta on Tuesday.

Amid wide condemnation from world leaders and regional organisations including ECOWAS, the military announced plans to set up a transitional government for new elections.

It also ordered the closure of all border crossings and imposed a night-time curfew.

“Our country is sinking into chaos, anarchy, and insecurity mostly due to the fault of the people who are in charge of its destiny,” Ismael Wague, air force deputy chief of staff, had said explaining the reason for the military’s removal of Keita.

“Civil society and political social movements are invited to join us to create together the best conditions for a civil political transition leading to credible general elections for the exercise of democracy through a road-map that will lay the foundations for a new Mali.”

ECOWAS on its part reacted by asking member states to close land and air borders to Mali, saying sanctions will be meted out against “all the putschists and their partners and collaborators”.