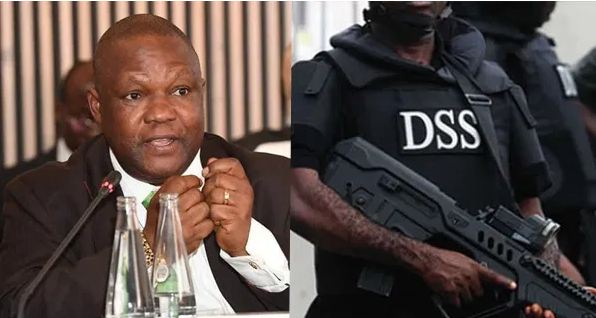 The Arewa Consultative Forum (ACF), a pan-northern socio-political organisation, has asked the Federal Government not to sweep recent allegations by a former Central Bank of Nigeria (CBN) Deputy Governor,  Dr. Obadia Mailafia, under the carpet.

Emmanuel Yawe, ACF National Publicity Secretary, said the allegation by Mailafia that a northern governor was a Boko Haram leader was weighty and should be “screened”.

“We have met with some of their high commanders, one or two who have repented. They have sat down with us not once, not twice,” the ex-CBN deputy governor had said in an interview with a radio station.

“They told us that one of the northern governors was the commander of Boko Haram in Nigeria. Boko Haram and the bandits are one and the same.”

After being quizzed by the Department of State Services (DSS) in Jos on Wednesday, Mailafia maintained his claims, noting that he was ready to lay down his life like Nelson Mandela, the late South African leader.

In the interview with The PUNCH, Yawe hailed the DSS for inviting the ex-deputy CBN governor, stating that Nigeria cannot afford to sweep such allegations under the carpet.

“Given his status as former deputy governor (of the CBN) and the weight of the allegations he raised, the DSS did the correct thing in inviting Obadia Mailafia,” said the ACF spokesperson.

“He owes it to the country to shed more light on these allegations. We cannot afford to sweep such allegations under the carpet.

“Boko Haram has killed many people, destroyed the lives of many Nigerians, foreigners and Nigeria’s image in the comity of nations. The allegation that a governor who swore by the constitution and the holy book to defend the lives and property of the citizenry is behind such a satanic group is repugnant and must be properly screened.

“Additionally, we fought a costly civil war in terms of human lives and materials between 1967 and 1970. If there is any information that a group is planning a civil war, we should do all we can to verify such information and abort the plan. We cannot afford a second civil war.”