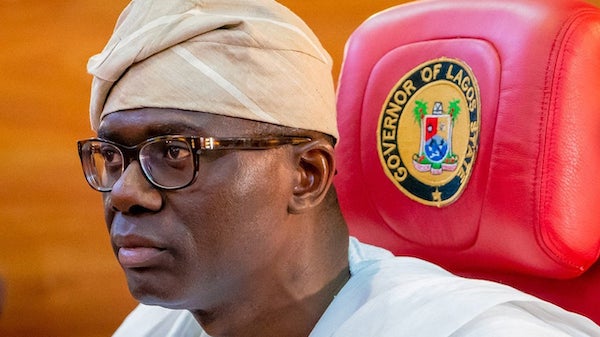 Babajide Sanwo-Olu, Lagos State Governor, has been named as the chairman of the 104-member National Campaign Council of the All Progressive Congress (APC) for the Ondo State Governorship Election.

Simon Lalong, Plateau State Governor, was named as the Deputy, while Senator Ovie Omo-Agege, Deputy Senate President, Femi Gbajabiamila, Speaker of the House of Representatives were listed as members.

This was made known in a statement issued by Yekini Nabena, APC Deputy National Publicity Secretary, on Tuesday.

According to the statement, Governor Mai Mala Buni, Chairman of the Caretaker/Extra-Ordinary National Convention Planning Committee of the ruling party gave the approval.

“The Chairman of the Caretaker/Extra-Ordinary National Convention Planning Committee of the All Progressives Congress (APC), Governor Mai Mala Buni, has approved the appointment of the Governor of Lagos State, H.E. Babajide Sanwo-Olu, to chair the party’s high-level National Campaign Council for the Ondo State Governorship Election,” the statement read.

“The Governor of Plateau State, H.E. Simon Lalong will serve as Deputy Chairman and Comrade Mustapha Salihu as Secretary of the 104-member APC National Campaign Council.

“The campaign council will be inaugurated on Saturday 15th August, 2020 at the APC National Secretariat by 2:00 p.m.”

Governor Rotimi Akeredolu who is the APC flag bearer will slog it out with Eyitayo Jegede, candidate of the Peoples Democratic Party (PDP) in the forthcoming gubernatorial election in October.