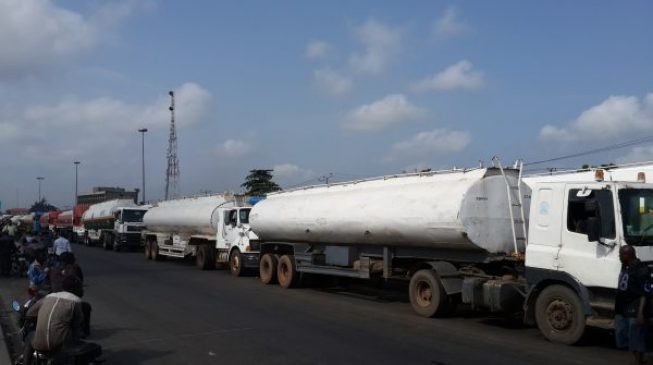 Petroleum tanker drivers in Lagos State have suspended their services and embarked on an industrial action, sparking fears of looming fuel scarcity in the state.

The strike action by the tanker drivers which began today, Monday August 10, was directed by the Nigeria Union of Petroleum and Natural Gas Workers (NUPENG).

NUPENG had, on August 7, directed its members to down tools with effect from August 10.

According to NANS, NUPENG’s National President, Williams Akporeha, and General Secretary, Olawale Afolabi had, in a joint statement, said the directive became necessary due to failure of various authorities in the state to address some pending issues.

The issues include extortion of money from the drivers by various security agents; the menace of containerised trucks at Apapa, Kirikiri and Beach Land axis areas of the state.

Others challenges include harassment and extortion by area boys as well as area god-fathers.

Tayo Aboyeji, NUPENG chairman in the state who confirmed the commencement of the strike, said it began in the early hours of August 10, following a negotiation breakdown between the state government and the union.

“Although, we met with the state government yesterday night (August 9), yet we could not reach an agreement,” said Aboyeji.

“So, only the tanker drivers in Lagos State proceeded with the strike, because the environment is not conducive for tankers to operate.”