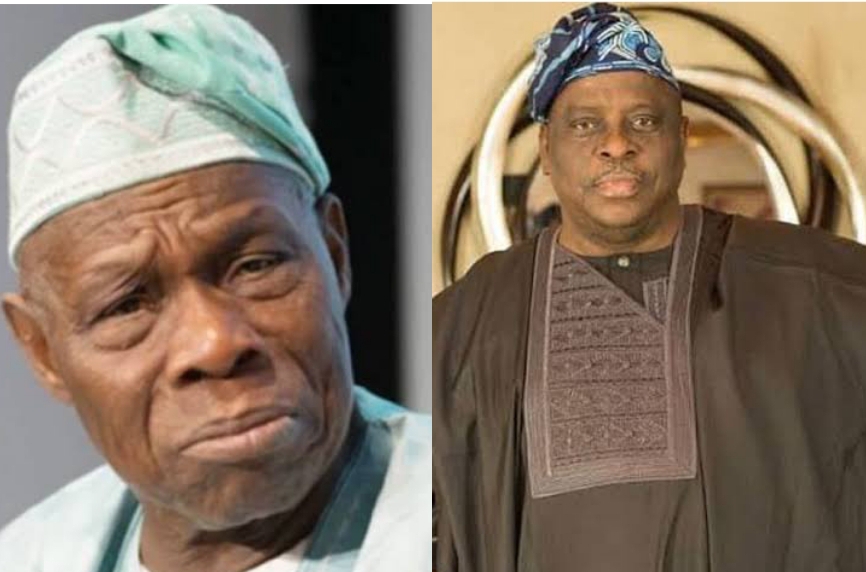 Olusegun Obasanjo, former president of Nigeria, says Buruji Kashamu, former Ogun senator, was able to escape justice using the maneuver of law and politics but could not do same with death.

MERIDIAN SPY reported Saturday the death of late Kashamu who died of complications from coronavirus at First Cardiology Consultants, in Lagos.

Obasanjo, in his condolence letter sent to Dapo Abiodun, Ogun State Governor, prayed for God to forgive the sins of the deceased senator.

“Senator Esho Jinadu (Buruji Kashmu) in his lifetime used the maneuver of law and politics to escape  from facing justice on alleged criminal offence in Nigeria and outside Nigeria,” the former president noted in the letter.

“But no legal, political, cultural, social or even  medical maneuver could  stop the cold hand of death when the Creator of all of us decides that  the time is up.

“May Allah forgive his sin and accept his soul into Aljanah, and may God grant his family and friends  fortitude to bear the  irreparable loss.”

The Cable reports Kashamu had a brush with the law over allegations of drug dealing while he was in the US.

In 2015, there was a stand-off at his residence after operatives of the National Drug Law Enforcement Agency (NDLEA) attempted to arrest him for extradition to the US.

He challenged the attempt to have him extradited in court until his death at the age of 62.

Obasanjo and Kashamu had a long running battle till the death of the former senator.

While responding to one of the attacks the ex-president launched against him, Kashamu had said Obasanjo hated him because he rendered the former president irrelevant.

“The reason I have become the target of Obasanjo’s wicked campaign of calumny and blackmail is his perceived loss of political relevance in Ogun State and the South West. He is against the second term ambition of President Goodluck Jonathan and he had wanted to use the erstwhile National Secretary, Olagunsoye Oyinlola; the former National Auditor, Bode Mustapha and the ex-National Vice-Chairman, Segun Oni, to thwart Mr. President’s re-election,” Kashamu had said in 2014.

He later filed a N20 billion suit against the elder statesman who referred to him as a drug baron.