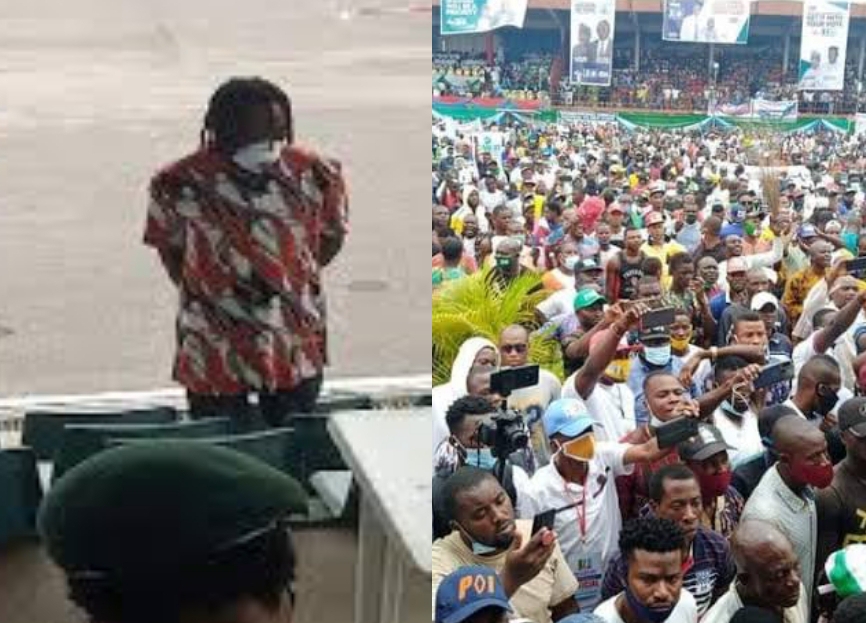 Shehu Sani, former Kaduna Central senator, has queried why Azeez Fashola, better known as Naira Marley was being punished for flouting the guidelines against coronavirus pandemic while ignoring the gatherings at campaign rallies in Edo State.

Sani made this remark on Sunday via his official Twitter handle.

The singer and his crew had, in June, flew into Abuja from Lagos State to perform at a drive-in concert at the Jabi Lake Mall, amid the lock-down order imposed in the nation’s capital to prevent the spread of the coronavirus pandemic.

He was arraigned before Magistrate Idayat Akanni at a Mobile Court of the Federal Capital Territory (FCT) sitting at the Eagle Square in Abuja for a four-count charge filed against him and having pleaded guilty, was fined of the sum N50,000 for each of the counts.

Reacting on Twitter, the former Kaduna senator tweeted, “Where is Justice if Naira Marley can be arrested,tried and fined for violating the #COVIDー19 protocols while the Edo Political Campaigns rallies goes unchallenged by the law,by the @NCDCgov and by the PTF?”

Pastor Osagie Ize-Iyamu, candidate of the All Progressive Congress (APC) for the forthcoming governorship election in the state, kicked off his campaign yesterday Saturday while being cheered by a large crowd.

This occurred despite the rising cases of the COVID-19 pandemic which is now 46,140 as last recorded by the Nigeria centre for Disease Control (NCDC).