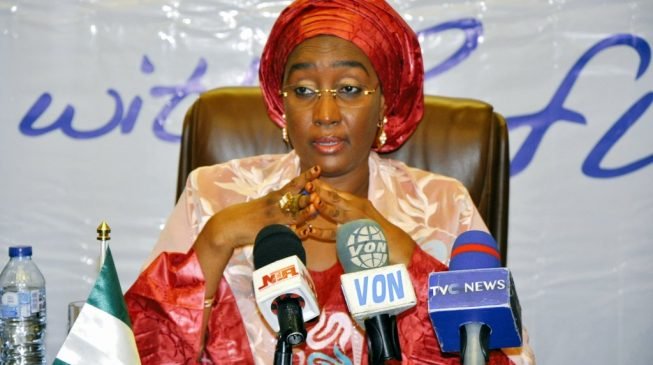 This was in reaction to the revelation by Sadiya Umar-Farouq, Humanitarian Affairs Minister, that the Federal Government spent over N523 million to feed school pupils during the coronvirus lockdown period.

In a statement issued on Saturday, Emmanuel Onwubiko, HURIWA’s National Coordinator, wondered how the ministry executed the exercise in the Federal Capital Territory, Abuja, Lagos and Ogun States respectively, when children were with their parents, adding that the despite the humongous expenditure school pupils still look malnourished.

Onwubiko challenged Umar-Farouq to a public debate to account for the funds spent so far since she came on board as minister and also publish comprehensive names of beneficiaries.

“The Human Rights Writers Association of Nigeria is worried that the Federal Ministry of Humanitarian Affairs, Disaster Management and Social Development, charged with the mandate to develop humanitarian policies and provide effective coordination of national and International humanitarian interventions; has become the single most notorious cesspool of corruption and lack of transparency and accountability in over 60 Years of the nation’s Independence.

“Hence, we are by this media statement demanding that the Minister picks a date for the challenge we have thrown at her for a public debate with us to be covered by the media and watched by millions of Nigerians.

“This is because Public Debate emerges as a significant tool in the process of making people more active participants in the democratic process by involving them in the decision-making process.

“This proposed public debate with the Minister will address the people’s opinions, interests, expectations and clarifications on the alleged cesspool of corruptions in the Ministry of Humanitarian Affairs, Disaster Management and Social Development and then the ministry can state the official lines of what it has spent. We have nothing against the minister and contrary to what the attack dogs have stated in the various publications, we have nobody funding this pure human rights advocacy.”