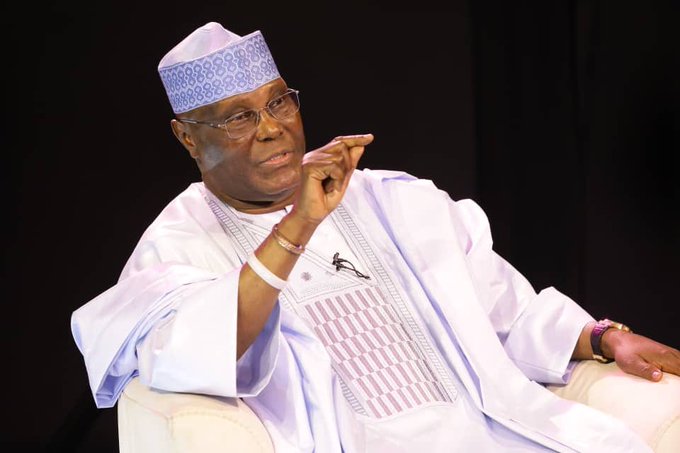 As political rivalry continuous to boil ahead of the September governorship election in Edo State, Atiku Abubakar, former vice president, has called for de-escalation.

The removal of Yekini Idiaye, deputy speaker of the state House of Assembly had caused a stir in the political atmosphere, as Frank Idiaye, the Assembly speaker, alleged plot of forceful take-over of the assembly by members of the All Progressives Congress (APC) and Imo State Governor, Hope Uzodinma.

Hours later, 12 lawmakers-elect of the assembly took their oath of office after more than year of being elected without being inaugurated.

Victor Edoror, who was impeached as deputy speaker in 2018, was also elected as speaker.

Reacting to the turns of events in Edo, Atiku remarked that the recent happenings in the state is a threat to constitutional order nationwide and urged political actors to rein in on their proxies to abide by the rule of law.

“Nigeria has been on edge due to the brinkmanship of those charged with democratic leadership. We must, as a nation, not escalate the already tense atmosphere in our polity,” he noted on Twitter on Thursday.

“What is happening in Edo State is a threat to constitutional order nationwide, and I strongly urge belligerent forces to reign in their proxies and abide by the rule of law. As I have previously said, without the rule of law, there will be no rule at all.

“The current goings-on portends grave danger, not only to law and order in that state but to the coming Edo elections.

“The people of Edo state should be allowed to choose who they wish to govern them, and that choice is to be made on September 19, 2020. Pending then, everything legally possible must be done to preserve the status quo.”