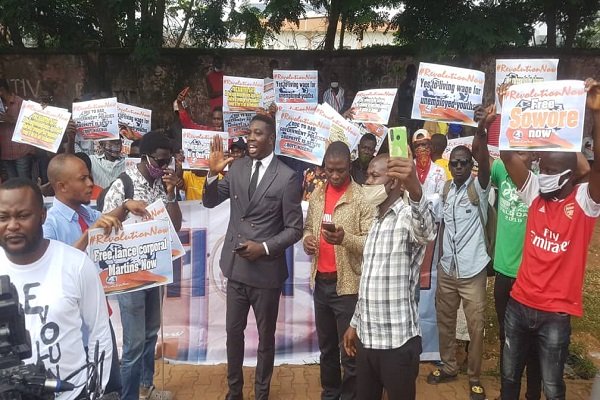 Some protesters of the Revolution Now movement are calling for the resignation of President Muhammadu Buhari.

The protesters converged on the Berger roundabout in the Federal Capital Territory (FCT) on Wednesday.

Pelumi Olajengbesin, a member of the #RevolutionNow group, asked Nigerians to speak against unending killings in the country.

The protest held amid the heavy presence of some security agencies including police, army, airforce and some paramilitary personnel deployed to the venue of the protest earlier scheduled for Unity Fountain to forestall any possible breakdown of law and order.

Deji Adeyanju, the convener of the group in Abuja, told newsmen the police attacked the #RevolutionNow movement members at the Unity Fountain and arrested them.