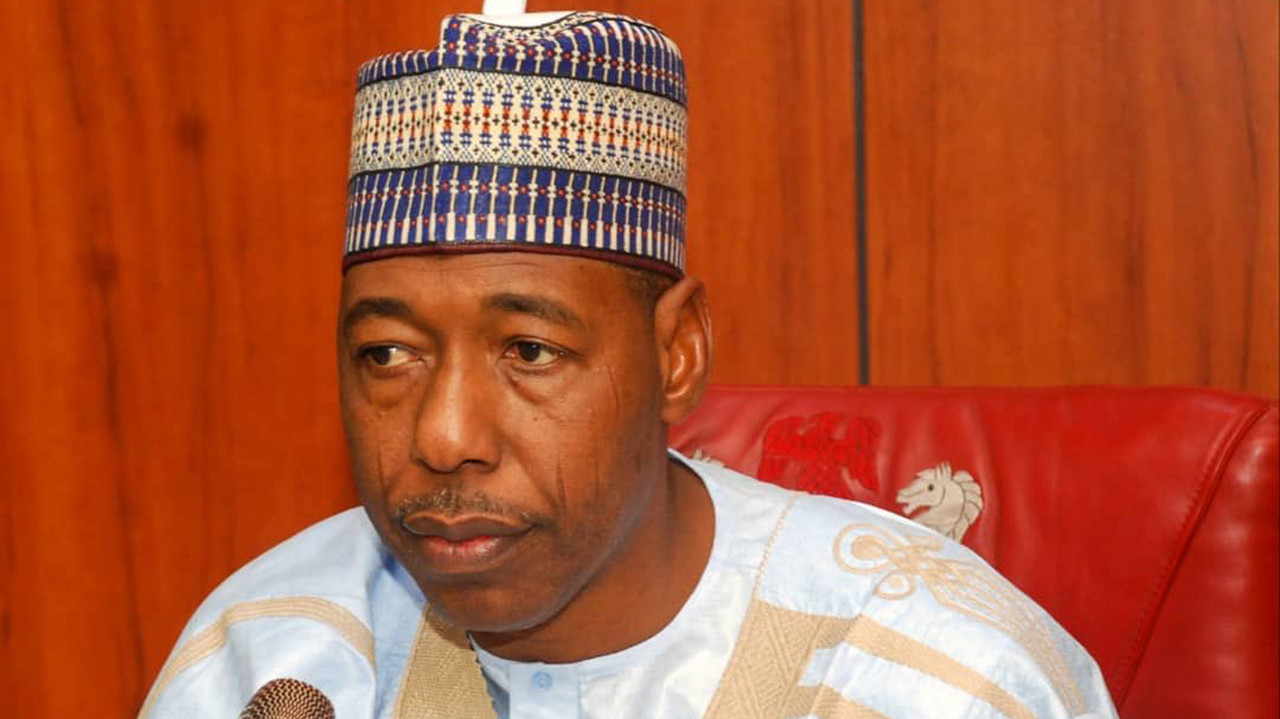 Prof. Babagana Zulum, Borno State Governor, has claimed that some people are frustrating the efforts of the government to end insurgency in the North East.

Recall the Governor’s convoy was last Wednesday attacked by suspected Boko Haram gunmen in Baga, a town in Kukawa local government area of the state while on his way to Monguno and Baga towns to distribute food to internally displaced persons (IDPs).

MERIDIAN SPY reported six persons were said to have been killed in the attack while 27 sustained varying degrees of injuries.

Speaking during a solidarity visit on Sunday by Atiku Bagudu, Governor of Kebbi State and Badaru Abubakar, Governor of Jigawa States, Governor Zulum alleged that some people are trying to sabotage the government’s effort in ending insurgency in the region and President Muhammadu Buhari needs to know about it.

“Let me also re-echo my previous position with respect to the level of insurgency in Borno State, I earlier said that the gravity of the insurgency cannot be compared with what has happened between 2011 to 2015, and 2015 to date. Yes, it’s true. The President has done well,” he said.

“But there’s sabotage in the system that will not allow insurgency to end; the President has to know this very important point.

“When he came to Maiduguri two months ago, I said so because between 2011 to 2015, at a time, almost about 22 LGAs were under the insurgents.

“Out of the four main roads that lead to Maiduguri. only one was functional.”

Describing his recent trip to Baga town as a terrible one, the Governor stated that there was no justification for preventing residents displaced by insurgency from returning to their ancestral homes.

“There’s one very important question that we need to ask, why is the insurgency not ending? There’s sabotage in the system and there’s a need for the President to examine the current situation with a view to resolving it,” he added.

Alhaji Garbai Elkanemi, the Shehu of Borno yesterday Saturday lamented over the security situation in the state, noting that the people of Borno now live in fear of being attacked by the insurgents.

Elkanemi called for urgent action to be taken to secure lives and property of the people and “bring back reassurance of safety to the people of the troubled state”.

“Your Excellency, we are not happy about what happened in Baga the other time, it is very unfortunate and great pity,” said the Shehu of Borno.

“If a convoy of such highly placed person in the State will be attacked, I repeat, nobody is safe. The matter is getting worse, I urge everyone to raise up our hands to seek for Allah’s intervention.”