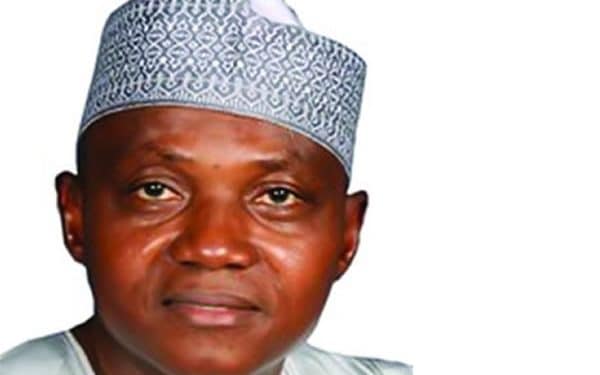 Presidential Spokesperson, Garba Shehu has hit back at Senator representing Borno South Senatorial District, Ali Ndume for alleging that there was mishandling of federal government palliatives by the committtee in charge of giving relief to the poor to cushion the effect of the dreaded coronavirus pandemic in the country.

Senator Ndume had on Thursday called on the president to disband the committee in charge of giving relief to the poor on the grounds of alleged mishandling of the funds.

He said: “We have reliable information that the names they generated are fake and that they connived with some of the banks to defraud the poor. If they should continue this way , it is better to stop the exercises.”

Reacting, the spokesperson to the president, in a statement on Friday, said it is disappointing of the politician to call out unnamed individuals in the administration and accuse them of unknown transgression without any evidence to such claim.

Shehu said if the senator had evidence he should reveal them. ‘No one replaces an institutional government body in the midst of the global pandemic without clear and irrefutable evidence that it needs replacing, he added.

He stated: “A number of ranking officials have been shown the way out at various times simply on account of this,” he said.

“Similarly, he believes in loyalty and truthfulness. Should any individuals be found to be serving themselves and not the people, then it is right and proper to call them out. But this must be done on the basis of evidence and proof – not on conjecture.

“It is therefore disappointing to hear a politician call out unnamed individuals in the administration and accuse them of unnamed transgressions. If this politician has evidence – then he should make public their identities as well as his proof. Innuendo is not proof.

“Similarly, simply claiming that the COVID-19 Palliative Measures Committee is not functioning as it should is not the same as presenting proof for such a claim.

“No one replaces an institutional government body in the midst of the global pandemic without clear and irrefutable evidence that it needs replacing.

“A press briefing from a discontented politician is rarely the source of such evidence.”

Shehu further stated that every citizen should help combat the spread of the disease rather than ‘make political capital out of it, whatever his or her grievances’.