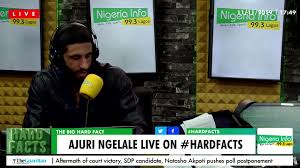 The Federal Government has blast Rivers State governor, Nyesom Wike for accusing it of politicizing the funding of the fight against Coronavirus.

Wike, had on Sunday through his twitter handle noted that the Federal Government gave Lagos state 10 billion naira but ignored Rivers state, the oil hub of the nation.

He tweeted: “It is quite unfortunate that the containment of coronavirus has been politicized by the Federal Government. While Lagos State received a grant of N10billion as a commercial hub. Rivers State as the nation’s oil and gas hub that produces a greater percentage of the nation’s wealth has not received any support from the Federal Government.”

“No state should be seen as more important than any other state. This is a Federal Republic. No state is superior to others.” He added.

Speaking on ‘This Morning On Nigeria Info Port Harcourt’ on the governor’s claims, Senior Special Assistant to President Muhammadu Buhari, Ajuri Ngelale, said there is no basis for the accusation, as Governor Wike is trying to blame the Federal Government for his knee-jerk reaction to the reported index coronavirus case in Rivers state.

Ngelale said the Federal Government is building isolation centres in Port Harcourt, even without a request by the Rivers state Government.

He added that while Lagos is battling over 100 coronavirus cases, Rivers state has only one confirmed case which the Governor said has tested negative and is likely to be discharged this week.