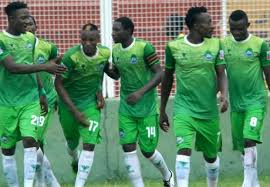 The tragic incident, which occurred on Sunday, was caused by a collision involving Chieme and another Katsina United player.

According to an eyewitness, the footballer collapsed after colliding with a Katsina United player.

Efforts were made to resuscitate the player but he eventually died before he was rushed to the hospital.

Nasarawa United however went on to win the match 3-0.