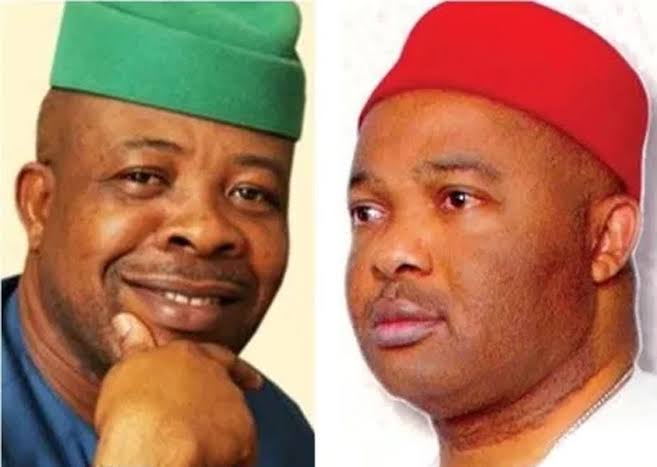 The Supreme Court will in a few hour’s time begin hearing on an application filed by Emeka Ihedioha of the Peoples Democratic Party (PDP), praying  the apex court to review its earlier judgement on Imo governorship that declared Hope Uzodinma of the All Progressives Congress (APC) winner of the March 9, 2019, election.

Emeka Ihedioha and the PDP had approached the court after the apex court on January 14 voided his victory and declared Hope Uzodinma of the APC as the winner of the election.

The aggrieved party brought their application pursuant to Section 6 (6) of the 1999 Constitution as amended and Section 22 of the Supreme Court Act 2004.

In buttressing their allegation of fraud, Mr Ihedioha and the PDP claimed that Mr Uzodinma and his party fraudulently misled the apex court into holding that 213,495 votes were unlawfully excluded from the votes they scored in the governorship election held on March 9, 2019.

They argued that Mr Uzodinma, while under cross-examination, admitted that he was the person, who computed the result that gave him the 213,495 votes alleged to have been excluded from his total votes in the election and not INEC.

It was on the above premise that Hope Uzodinma was declared winner of the election by the learned justices.

Mr Ihedioha was earlier declared the winner of the election by the electoral umpire, INEC.