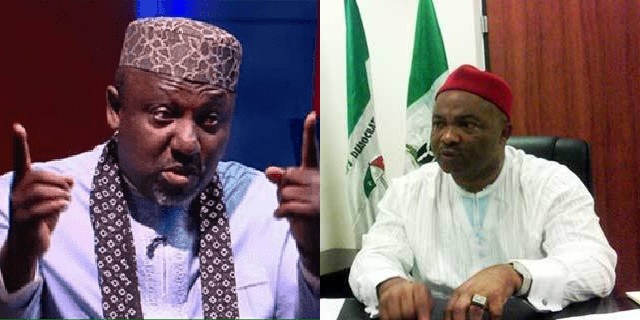 Following his defection, Mr Nwosu has been automatically made the AA’s gubernatorial flabearer ahead of the 2019 governorship election in Imo State, MERIDIAN SPY, has reliably gathered.

A close source in the Action Aliance, AA, leadership in Imo State told MERIDIAN SPY that negotiation with Action Alliance began on Wednesday with several meetings which involved the party learnership and men of Mr Nwosu’s camp. The process was however concluded on Thursday after agreeing to some waivers and concessions to the benefits of the former Imo chief of staff.

Mr Nwosu’s defection to Action Alliance came after his initial move to decamp to the Democratic Peoples Party, DPP, which was apparently to enable him become the party’s governorship flag bearer in the state was greeted with stiff resistance by some stalwarts of the party.

Furthermore, MERIDIAN SPY, reliably gathered that Mr Nwosu’s intention to foist his loyalists as DPP candidates ahead of the 2019 general elections was the straw that broke the camel’s back and eventually stalled his move into the party’s fold.

Mr Nwosu desperately found his way to the Action Alliance, AA, and was made the the gubernatorial flag bearer of the party with the influence of his father in-law, Mr Rochas Okorocha.

Consequently, Hon. Acho Ihim, Speaker of the Imo State House of Assembly was upheld as the party’s consensus candidate for the deputy governor’s position.

MERIDIAN SPY can exclusively report that Mr Uche Nwosu’s last-minute defection resolve was a plot by Governor Rochas Okorocha to frustrate the chances of his political foes in other political parties from blazing the trail in the governorship election in the state. Mr Okorocha, after weighing all available options with advices from his political pundits resorted to playing the ” spoil it all” card.

The National Working Committee (NWC) of the APC had on 31st of October, 2018 upheld the candidacy of Sen. Hope Uzodinma as its party’s governorship flag bearer in Imo State instead of Governor Okorocha’s son-in-law, Uche Nwosu, who had also emerged from a parrallel primary elections conducted by Okorocha’s faction of APC in Imo.