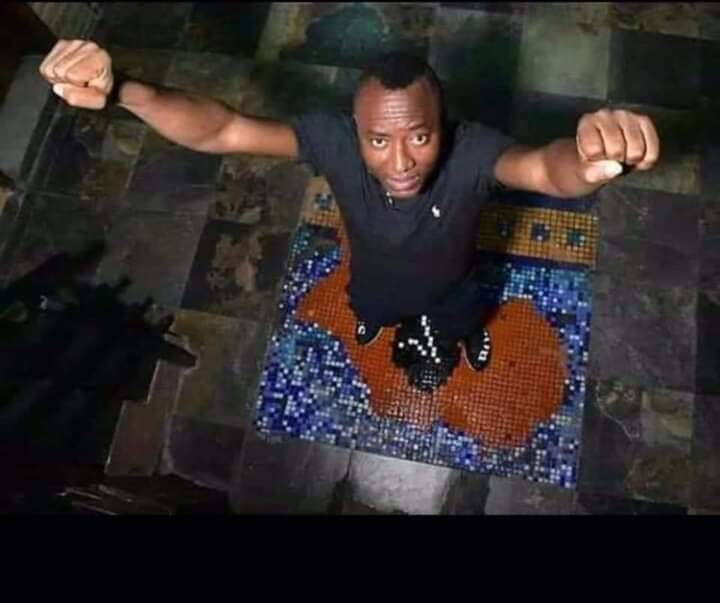 The convener of the RevolutionNow movement, and Publisher of Sahara Reporters, Omoyele Sowore has finally spoken from detention.

Sowore who was arrested by 1:am on Saturday in Lagos spoke to members of the Take It Back Movement on Monday at the DSS headquarters in Abuja when members of the group were finally granted access to see him.

He expressed delight in the fact that the planned protest attained relative success across the 36 states notwithstanding his arrest on Saturday by some  heavily armed DSS personnel.

The former AAC presidential candidate however frowned at the manner by which peaceful protesters were manhandled and arrested by men of the Nigeria Police.

He want further to assure his supporters that he was hale and hearty and that so far, he has been treated well by men of the DSS.

Rachel Onamusi-Kpiasi, the Director, Media and Communications of the Take it Back Movement made information of their visit to the activist available on Monday, in Abuja.

At 6pm today, 5th August, 2019, members of the Take it Back Movement were allowed to visit with our convener, Omoyele Sowore, for the first time since his armed abduction in the early hours last Saturday, the 3rd of August.

The visitors met him in high spirits, unmoved by the events of the last few days. The officers allowed the guests to present him with food as Sowore had refused all meals since his capture. We are also happy to confirm that Take it Back members will be allowed to bring him food daily as per his wishes.

The freedom fighter was quick to ask about Movement and Party faithfuls as he is aware that there will be a lot of worry about his wellbeing, and would like to assure everyone that he is being treated well and is in very good health.

He is pleased that the peaceful #RevolutionNow protests he called Nigerians to stand for went ahead, and has expressed his dismay at knowledge of the sheer number of innocent Nigerians being arrested for exercising their civil rights. He is greatly concerned about the wellbeing of all those arrested and /or affected by today’s heavy handed police action, and joins in demanding for their immediate release.

Indeed, the silver lining in today’s unrest lies in the knowledge that the truly, you cannot stop an idea whose time has come.
The Take it Back Movement will continue to agitate for his release as well as that of every single comrade whose voice this oppressive regime has tried to silence.
This visit was a small win; but we will not rest until we are free and free indeed.