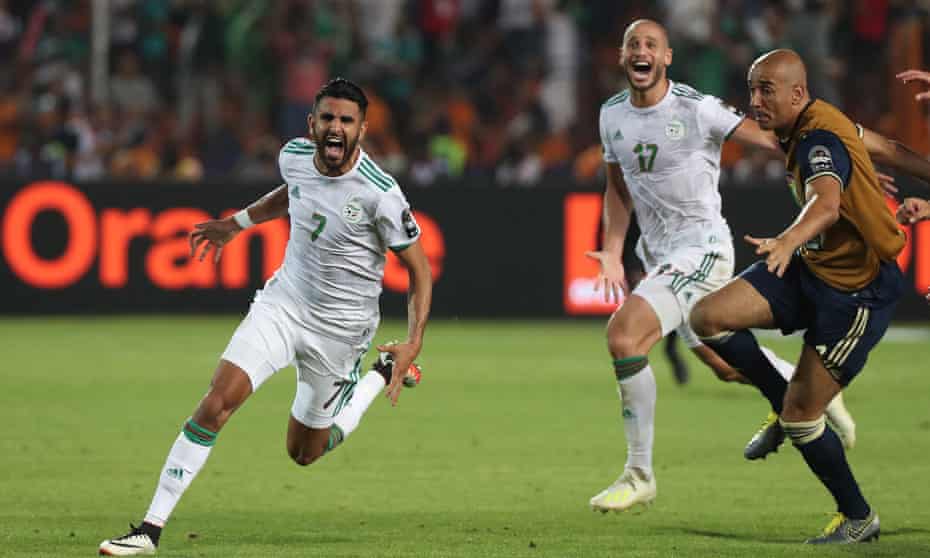 Algeria has won the Africa Cup of Nations, AFCON for the second time on Friday with a  second-minute goal  which gave  them a 1-0 win over Senegal in the final.

Baghdad Bounedjah put the Algerian team ahead over  Senegal with a shot which took a wicked deflection off a defender and looped over the a demystified goalkeeper, Alfred Gomis and found its way  into the net.

Senegal were, however, awarded a penalty for handball in the second half but the decision was revoked following a VAR review.
Ismaila Sarr missed Senegal’s best chance by volleying wide from inside the area.
Algeria last won the AFCON in 1990, beating Nigeria 1-0 to lift their first AFCON title.