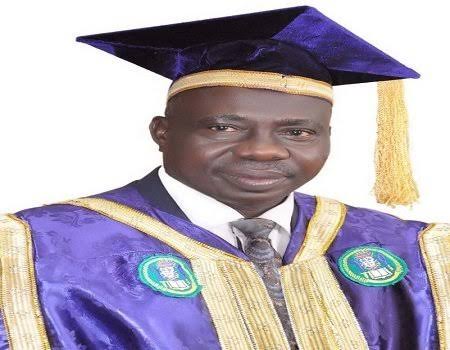 Students in University of Benin have are set to honour their Vice-Chancellor Professor Friday Faraday Orumwense with an event to mark his five years in office as subtractive lead-administrator of the institution.

The event is organized in conjunction with the Odumalife Limited; a sociocultural organization founded and headed by His Royal Highness,  Prince Ezelekhae Ewuare II,  the ‘Crown Prince’ of the Benin Kingdom.

The students under the aegies of ” Progressive Nigerian Students of UNIBEN” have decided to thread the great path of history in  honour of their amiable Vice-Chancellor owing to his administrative imprints and exclusive   giant strides since his assumption  in office as the university’s Vice Chancellor.

In a statement made available to MERIDIAN SPY, the lead-organizer of the event and the convener of the group, Comr. Victor Arigbe, Director of Special Duties of the National Association of Nigerian Students (NANS), Zone ‘B’, said the the event was to honour Professor Friday Faraday Onrunwense, the Vice Chancellor of the University of Benin in special way that has never been.

Comr. Arigbe noted that the  event is put together as a  selfless means of appreciation to Professor Orumwense, who according to him, has been a father and a role model to students regardless of their ethnic, religious and social identities.

” We are putting up this event to honour our amiable Vice Chancellor, Professor Friday Faraday Onrumwense for a remarkable tenure in our great citadel of learning, ” the statement reads in part.

The event is scheduled to take place from the 19th  to 23rd June, 2019 with a handful of colourful events lined-up to make it a memorable one.
Day one, would cover a lecture series and award presentation to dignitaries of worthy repute. Day two, would be for a first class trade fair session for both students, staff and guests. Day three,  would cover the event’s carnival and cultural exhibitions.

Others are, novelty football match and a thanksgiving service which would be for day four and six, respectively.

“We are by this statement, requesting the presence of all staff and students of the University of Benin, lovers of development from all walks of life to join us in this event which is the first of its kind in the history of our great institution, ” the concluding part of the statement  reads.

Distinguished Professor Friday Faraday Orunwense  assumed office on the 1st of December 2014 as the 9th substantive Vice-chancellor of the  University of Benin.

Among the special dignitaries to honoured is Alhaji Garba Saleh, a.k.a Chambaba. Alhaji Saleh would honoured in view of his tremendous contributions to the University of Benin in particular, and national economic growth and development in Nigeria.

Professor  Orumwense is however  instrumental to the ranking of the University of Benin as the second best university in the country by Nigeria Universities Commission (NUC).
The institution has also been repeatedly listed among the top 10 Nigerian universities and among the top hundred Universities in Africa at point different in the Orunwense’s auspicious tenure.

Professor Orumwense had also distinguished himself in the areas of infrastructural development; peace and conflict resolution, security and unparalleled academic excellence in the past four and half years.